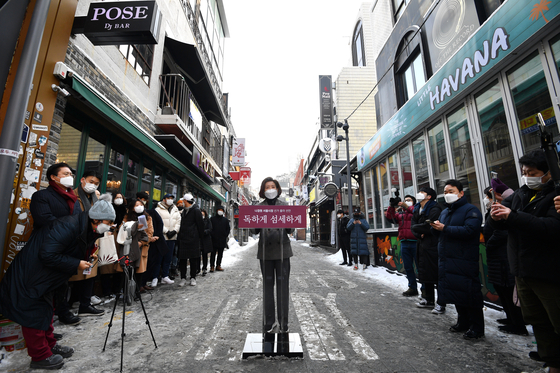 In Itaewon, central Seoul, on Wednesday, Na Kyung-won, a former four-term lawmaker and ex-floor leader of the main opposition People Power Party, declares her bid to run in the upcoming Seoul mayoral election. It is her second bid for the Seoul mayoralty after she lost to the late Seoul Mayor Park Won-soon in a by-election in 2011. [NEWS1]