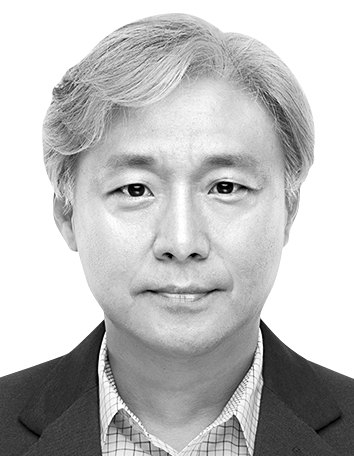 Choo Sung-jae
The author is a professor of geography at Kyung Hee University and president of the Society for East Sea.

There was nothing surprising about Japan’s response to the International Hydrographic Organization’s (IHO) recent decision to name global seas with numerical codes rather than specific names such as “East Sea.”

The IHO said that S-23 — one of its publications — is kept publicly available as part of existing IHO publications to demonstrate the evolutionary process from the analog to the digital provision of the limits of oceans and seas. But even after the announcement, Japan claimed that “Sea of Japan” is still valid to describe the historically disputed waters between Korea and Japan.

But Japan deliberately ignored the part about S-23 being kept to “demonstrate the evolutionary process from the analog to the digital provision of limits of oceans and seas.” Tokyo insists that historical documents that remain in archives are still effective.

It was surprising that key ministers of Japan’s cabinet claimed that Japan’s argument was valid. It was disappointing because we hoped that strained Korea-Japan relations would find a breakthrough with the recent decision.

At the General Assembly of the IHO, Korea promoted the value of a future-oriented new numeric codes of S-130, and the United States and Japan expressed their support.

Japan’s argument will be judged by many maps in the world and the market. Japan is pushing to use S-23’s 1953 version, but it has been ignored by the market for errors and remnants from the colonial era.

The IHO started a campaign to publish a revision in the early 1980s. The decision to introduce the numeric codes is an outcome of a long deliberation about the controversial use of “Sea of Japan.” 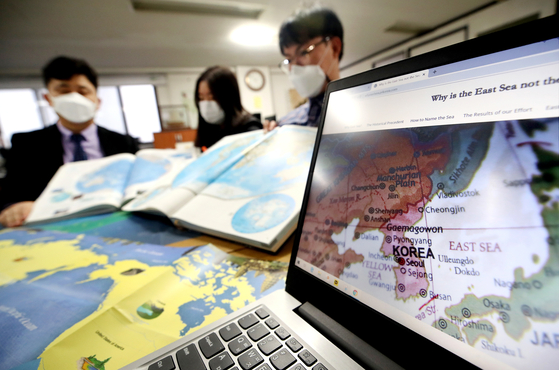 Members of the Voluntary Agency Network of Korea review maps of the East Sea on Nov. 17 as the International Hydrographic Organization plans to name global seas with numerical codes rather than with specific names. Korea and Japan have been feuding over the name of the body of water between the two countries — the East Sea or the Sea of Japan. [YONHAP]

Korea should persuade other governments and global map producers by stressing the importance of the new system. With the recent IHO decision, the “Sea of Japan” name has lost its power. Korea’s campaign to boost global use of “East Sea” also should meet the needs of the market.

First, it is necessary to properly relay to the market the identity and meaning of the name and come up with a fair way to label it. The historic and cultural values of the East Sea are still an important factor. A proposal to use both names is seen as the most pragmatic resolution. Overseas experts see this proposal as a way to respect both identities at the same time and to accomplish peace and justice.

The digital market is also an important area to spread the name “East Sea.” Google Maps has a policy to use different names depending on the country of the users.

In Korea, the map uses the name “East Sea,” but in most countries, “Sea of Japan” appears first. It takes less effort to zoom in to see the labeling of “East Sea” inside a parenthesis, but still the situation in unbalanced.

The IHO’s decision should be conveyed clearly so that Google will come up with a technical resolution to equally display both names.

Teachers are also influential users. The dispute over the East Sea and the Sea of Japan is currently used in advanced geography class in the United States as an example for pragmatic efforts to resolve a territorial dispute. The Northeast Asian History Foundation in Korea has operated a program that invites teachers from North America for more than a decade. As of now, 200 foreign teachers participated in the program, and they have become strong supporters. The project has been expanded to Europe, and it must continue.

The most important outcome of the campaign to promote the use of “East Sea” over the past 30 years is that many international organizations, governments and map producers are paying attention to the issue and seeking to make tangible changes. The IHO’s recent decision can be seen in that light.

But we must not settle. We must continue our efforts based on our love and affection toward the name and its legitimacy.