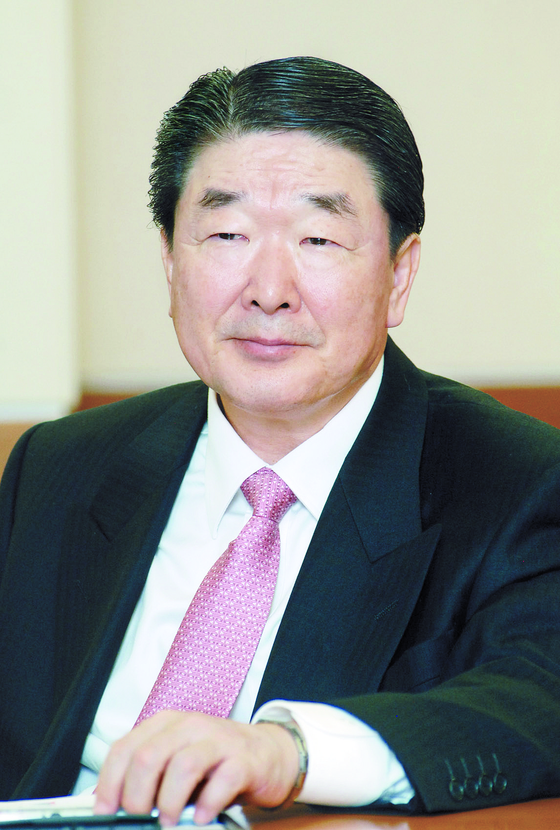 
Four LG Group subsidiaries will spin off from the conglomerate to form a new entity led by Koo Bon-joon, the uncle of LG Group Chairman Koo Kwang-mo.

LG International, LG Hausys, Silicon Works and LG MMA's split from Korea’s third-largest conglomerate by market share was approved in a board of directors meeting Thursday. That would also place LG International’s subsidiary Pantos Logistics under the new corporation, where Koo Bon-joon would serve as chief executive.

“After an approval from a regular shareholder meeting on March 26, LG will be restructured into two holding companies — the existing LG Corporation and the ‘New LG Corporation [tentative],’” LG Group said in a Thursday statement.

The spinoff is not unusual for LG considering the conglomerate’s history of the first son taking on the family business and handing over subsidiaries to other male family members, creating an increasingly diverse network of separate companies run by a very extended family. LS, LIG and Heesung Groups are both among LG’s “family” companies that split this way.

Koo Bon-joon currently serves as senior advisor to LG Corporation. He stepped down from management in 2018 when Koo Kwang-mo rose to chairman following the death of the late Chairman Koo Bon-moo, Koo Bon-joon's brother and Koo Kwang-mo's adopted father, that year.

Businesswise, the spinoff is also part of a wider restructuring under the young Chairman Koo Kwang-mo as the group seeks to narrow its focus.

“After the spinoff, the existing LG Corporation will concentrate its capacity and resources on electronics, chemicals and telecommunications,” LG Group said.

Since Koo Kwang-mo took the position in 2018, the conglomerate has been selling off businesses considered non-essential, such as fuel cell batteries and water treatment. The spin off of the four subsidiaries would be one of the last projects in the three-year restructuring to mark the start of the new chairman's era, LG said.

LG International is a trade company that also runs businesses in natural resources development and infrastructure construction, LG Hausys is a manufacturer of housing material, Silicon Works is a semiconductor company that specializes in chip design and LG MMA produces petrochemicals.

“These four companies hold a significant position in their respective industries and have high growth potential. The spinoff would give them an opportunity to expand external business opportunities,” the group said.

A notable change was LG U+ CEO and Vice Chairman Ha Hyun-hwoi stepping down. The telecommunications company said Wednesday that Ha was resigning after 36 years of service at LG Group, four months before the end of his term. Ha was named CEO of LG U+ in August 2018.

Local media reported that Ha's resignation is likely setting him up to take a position at Koo Bon-joon’s new holding company based on the close relationship between the two.

Hwang Hyun-sik, the LG U+ president in charge of consumer business, will take over as CEO. Having joined the telecommunications company in 1999, Hwang will be the first person to rise through the ranks of LG U+ to reach the CEO position.

At LG Chem, Kim Jong-hyun was appointed as chief executive of LG Energy Solution, the battery unit which will spin off from LG Chem to be a wholly-owned subsidiary from Dec. 1. Kim has been leading the company’s battery business as president since 2018.

LG Chem to produce hydrogen and sell CO2 to Taekyung