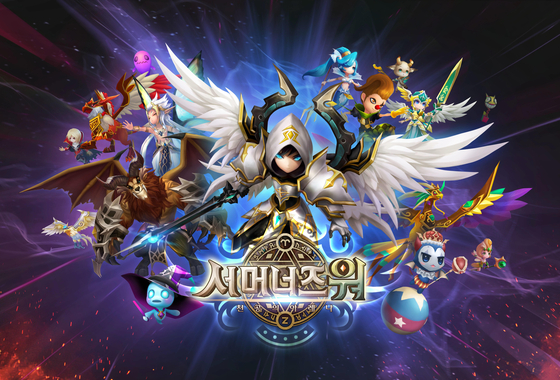 
China has issued a business license to a Korean game for the first time in nearly four years, since relations with Korea came to a standstill after the deployment of the Thaad antimissile system.

Game developer Com2uS’s mobile game Summoners War: Sky Arena made it onto the list of 42 overseas games to receive a license from the State Administration of Press and Publications on Wednesday.

The Chinese government is one of the world’s strongest regulators when it comes to games. Under a policy implemented in July 2016, every digital game in China needs approval for market release, regardless of the publisher’s nationality.

Tightened regulations made it difficult for game developers around the world, but the situation was especially tough for Korean companies, with no games receiving approval since March 2017. Industry watchers saw the move as an apparent retaliation against Korea’s installment of the U.S.-led Thaad antimissile system.

This blocked business for Korean companies in the largest game market in the world. China’s mobile game market alone was estimated at 158.1 billion yuan ($24.1 billion), according to Korea Trade-Investment Promotion Agency (KOTRA).

Com2uS launched the mobile game Summoners War in China in 2014, before the license policy became obligatory. It submitted a request to obtain approval in late 2016 but received no answer. Over the past three years, the game was banned from China’s Android app store.

The recent nod given to a Korean company is notable considering that China is reducing the number of game licenses overall. The total number of game licenses has been declining each year, from 9,368 in 2017 to 1,570 in 2019. This narrowed the chance for overseas companies as well, falling from 467 to 185 during the same period.

Now that China has broken the four-year silence with Com2uS, the big question is: Is this the start of the doors reopening for Korean games in China, or is it just a one-off event?

Domestic analysts were generally upbeat about the approval. Blocked business in China was cited as one of the biggest risks to Korea’s game industry. In 2016, before Thaad, China accounted for half of Korea’s entire game exports that year, at $3.3 billion.

“It was a given fact that in regards to relations with Korea, the Chinese government has been imposing tighter regulations on games than any other industry,” said Kim Jin-gu, analyst at KTB Investment & Securities.

“The license [for Com2us] is a positive signal to the entire industry in that it implies a higher possibility for licenses to be issued to other Korean games as well.”

Wi Jong-hyun, economics professor at Chung-Ang University and president of the Korea Academic Society of Games, however, was doubtful that Com2uS’s license signals a shift in Beijing’s stance.

“China is issuing one-tenth of the number of game licenses compared to what it granted in the past — regardless of whether the developer is Chinese or not,” he said. “The competition is fierce to take that limited slot. Expecting Korean games waiting in line to now get their licenses is naïve.”

Wi’s analysis is that China’s latest move is a one-time gesture before U.S. President-elect Joe Biden takes office next year with plans to strengthen ties with Japan and Korea. That’s the last thing China wants, he said, and Beijing would have been looking for small ways to appease Korea before Biden takes office in January.

“The fundamental solution is the Korean government raising an issue that China is violating the World Trade Organization [WTO]’s principles of fair trade,” Wi added.

“Chinese games freely launch in Korea with zero hurdles. Forcing a business license on games in China violates principles of free trade and limiting it for political issues goes against WTO principles. The Korean government, however, has remained silent over the past four years, and now it’s time they do more for domestic games to receive a nod to do business in China.”