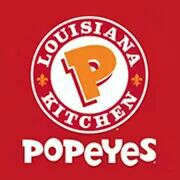 
Chicken and hamburger franchise Popeyes is closing its operation in Korea later this month, 26 years after the first store opened in Apgujeong, southern Seoul in 1994.

Popeyes, headquartered in Miami, gained popularity in Korea with its various chicken burger, with over 200 branches across the country at the height of its popularity. As the burger market has become increasingly competitive with more local companies launching their own restaurants, the number of Popeyes branches has slowly dwindled. As of the second half of this year, there are only 10 left in the country.

“We’ve decided to withdraw Popeyes as of later this month,” said a spokesperson for TS Food & System, the operator of Popeyes in Korea. It “has tried selling Popeyes brand [in Korea] due to sluggish sales, but that didn’t work out. We’ve decided to pull out the business as the business grew more difficult from the impact of the Covid-19 outbreak.”