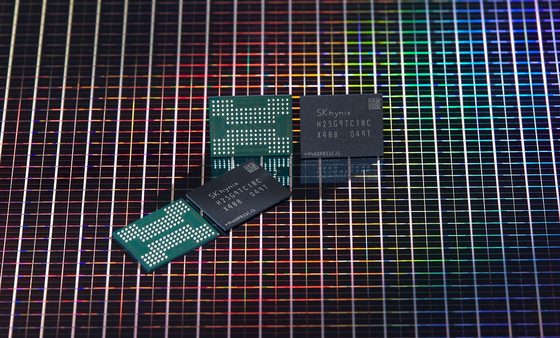 
SK hynix has begun providing samples of its 176-layer 4D NAND Flash chip, the semiconductor manufacturer said Monday, as it prepares to roll out the highest stacked NAND memory chip on the market.

The new chip has a storage capacity of 512 gigabytes.

The use of 4D in the product's name is a marketing term as the chip is still based on 3-D technology. The company adopted the term to highlight the advanced techniques used — namely Charge Trap Flash and Peri Under Cell — which is designed to boost performance and reduce energy.

Using those techniques, the latest chip achieved meaningful improvement in both performance and cost.

The chipmaker expects the new generation chip will debut in the market in the middle of next year.

The next step, the company said, is to develop a chip with 1-terabyte capacity based on the advanced stacking technique.