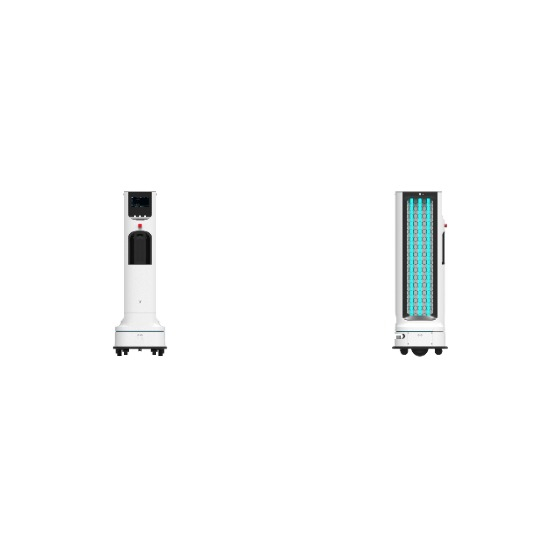 
LG Electronics is introducing a disinfecting robot that kills germs in the air and on surfaces using ultraviolet light.

The CLOi UVC-Robot will be unveiled at the Korea Electronics Show that kicks off on Wednesday.

It is 160 meters (525 feet) tall and comes with ultraviolet lamps attached to its sides. As it moves on its own, the robot releases ultraviolet-C light, with wavelengths of 100 to 280 nanometers, to kill germs.

“The robot uses ultraviolet light to kill germs on objects frequently touched by human hands,” the company said. “Its biggest usage will be in places like hotels, hospitals, schools and community centers.”

Korea Conformity Laboratories confirmed that the lamps on the CLOi UVC-Robot is capable of killing 99.9 percent of colon bacillus and staphylococcus aureus — two of the most common germs in our daily lives — within a 50-centimeter radius.

LG Electronics also plans to show a planned model of a self-driving robot that sprays liquid disinfectant. It would be used to disinfect open spaces, compared to the CLOi UVC-Robot, which specializes in enclosed spaces.

“CLOi UVC-Robot’s biggest advantage is that it can minimize human contact for disinfection,” said Roh Kyu-chan, LG’s vice president for the robot business. “We plan to expand the lineup of these robots, optimized to work in spaces of different sizes.”