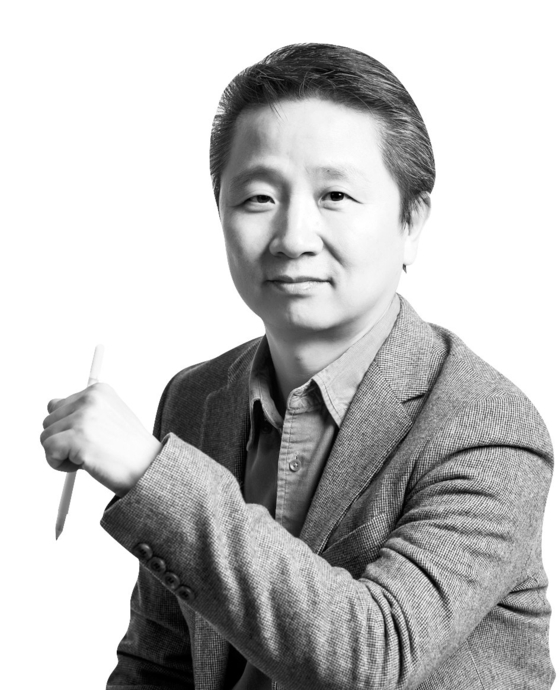 The “round square copula” is often used to refer to a problem of nonexistent objects or the paradox of claiming the property of existence without actually existing. Still, paradoxes and contradictions are prevalent in real life.

They mostly inhabit political circles as paradoxes and are often bred from brains engrossed in idealism or infatuation with power. The best example can be found in President Moon Jae-in’s attitude toward Prosecutor General Yoon Seok-youl and prosecution reforms. The president’s presumption that the top prosecutor’s investigation of the sitting power “is” a stumbling block to reform is paradoxical.

Such oxymoron perceptions can destroy democracy. But there is hope. In democracy, the ruling power can be replaced through a public vote of disapproval. Yet, a destructive paradox in public policy can hardly be reversed. The exemplary case is the government’s relentless campaign to phase out nuclear reactors for power generation and achieve so-called “carbon neutrality,” or net zero carbon dioxide emissions.

To achieve carbon neutrality by 2050, greenhouse gas emissions must be rolled back 10 percent annually over the next 30 years. Carbon emissions fell for the first time ever in Korea — by 3.4 percent in 2019. This year’s emissions are projected to be reduced by 8 percent due to slackened consumption and industrial activity from the Covid-19 outbreak.

The carbon neutrality roadmap is much more radical than industry experts initially expected. To meet the goal, emissions must be cut by 100 percent from 2017 levels. In a debate on a low-carbon vision for 2050 by experts in July, a reduction of 40 to 75 percent and their impact on the economy was discussed. The president’s goal demands 25 percent more on top of the maximum 75 percent reduction that was struck down by energy experts as being unrealistic.

Yet Moon wants to go even higher to 100 percent. According to Jung Eun-mi, division head of the Korea Institute for Industrial Economics & Trade (KIET), even a 40 percent cut in emissions would cost three sectors — steel, petrochemicals and cement — some 400 trillion won ($369 billion) in adjustments. The transition cost to meet the 100 percent goal cannot be measured. Although the government declared carbon neutrality, how it plans to finance the massive transition has not been explained.

Still, if the president is eager to take that path, the government must do all it can. It must first stop the phasing out of nuclear energy. Of Korea’s total greenhouse gas emissions, 87 percent comes from the energy field. To reduce those emissions, the use of coal, LNG and other fossil fuel sources should be minimized.

For Korea, nuclear reactors generate the cheapest, cleanest and most reliable energy. Britain, Japan and U.S. President-elect Joe Biden all accept nuclear reactors to reduce carbon emissions. Korea’s nuclear reactors excel in global competitiveness. Their generating cost is just $68, compared with $230 in Britain and $226 in the United States. In addition, Korea has the best construction skills and technology. Reactors emit no carbon. Still, Moon does not want to give up his nuclear phase-out policy.

The consequences of his simultaneous pursuit of nuclear phase-out and carbon neutrality could be disastrous. The manufacturing sector will collapse, leading to massive layoffs and an unheard-of economic crisis. The dual copula exists only in the president’s head. In a nutshell, the president’s plans are unachievable. The president must return to the real world.