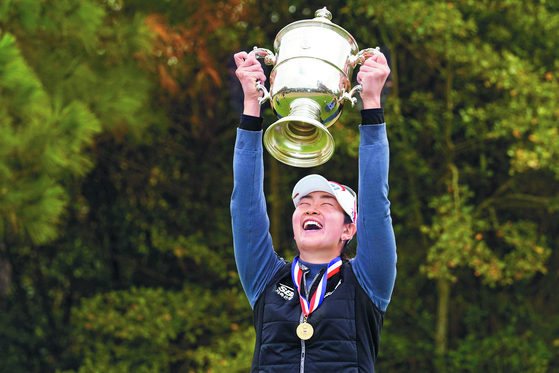 
It was time for another Cinderella story at the U.S. Women’s Open in Texas on Monday.

This year’s U.S. Women’s Open was especially challenging as it was held in December and the players had to fight through inclement weather conditions in every round. On Sunday, things got so bad that the USGA decided to postpone the final round by a day, pushing it to Monday.

Korean golfers have dominated the U.S. Women’s Open in recent years, and Kim is the ninth winner in the past 13 years. Her victory is especially dramatic as she is only the seventh player in the U.S. Women's Open  history to overcome five shots on the final day and only the fourth player to win a major tournament on her very first appearance.

The victory is even more dramatic when you consider her world ranking.

Not only that, Kim isn't even an LPGA golfer. The winner of perhaps the single biggest tournament in the women's golf calendar is an unknown name to international fans, having competed almost exclusively in Korea. Even Korean fans may not be that familiar, as Kim has only won two KLPGA tournaments.

Kim started off her final round five shots behind the overnight leader Hinako Shibuno of Japan. Despite the cold weather, Kim got off to a steady start with four straight pars.

“I’d been eyeing the leaderboard throughout the round, and I knew how many shots I was back,” Kim was quoted as saying on the LPGA website. “That’s probably the reason why I tried to hit more aggressively, tried to more attack the pins.”

That aggressive turn obviously worked, as Kim attacked the course to take the lead in the final few holes.

By making birdies on her last three holes, Kim finished the tournament at three under par, 281, good enough to finish one shot ahead of runners-up Ko Jin-young of Korea and Amy Olson of the United States. 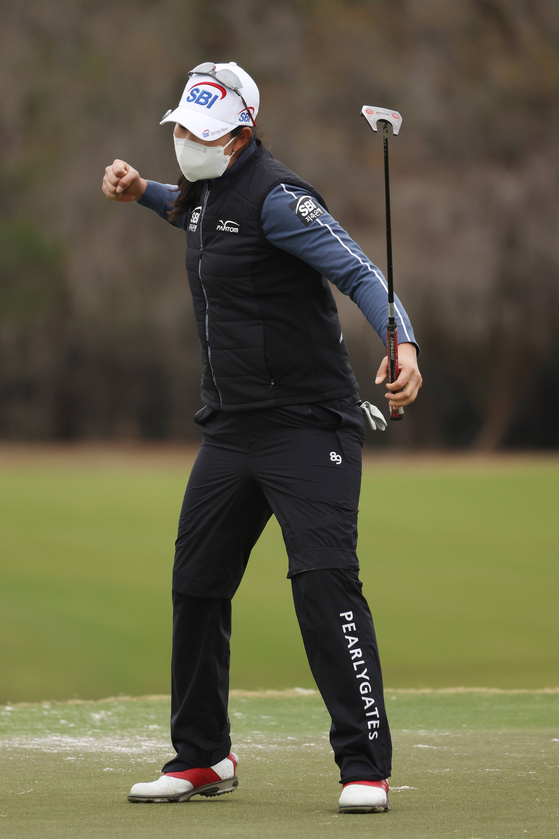 Kim A-lim celebrates after making a birdie on the final hole to win the 75th U.S. Women's Open at Champions Golf Club in Houston, Texas, on Monday. [GETTY IMAGES/YONHAP]


Kim’s final round included six birdies and two bogeys. By overcoming five shots on the final day, she became the first player since Annika Sorenstam of Sweden to do so all the way back at the 1995 U.S. Women’s Open.

“I’m very honored to win the 75th U.S. Women’s Open,” Kim was quoted as saying on the LPGA website. “Still can’t really soak in that I’m the champion, but it feels different winning the tournament here.”

“Back in Korea the style and the environment is different,” Kim was quoted as saying. “But I’m really glad, and through Covid-19, we had a lot of difficulties, but I'm glad we had the U.S. Women’s Open held in Houston. It was a great win.”

Just as Kim said, she is an unfamiliar face to a lot of golf fans as she plays full time on the KLPGA Tour.

Even in Korea, she isn’t a star player as she has only won two tournaments throughout her career. Kim turned pro in 2013, but it took her until the 2016 season to make her way up to the KLPGA Tour.

Before the 2016 season, Kim played on the KLPGA Tour’s Dream Tour, the second tier Tour in Korea. Even on the third-tier Jump Tour, Kim never won a tournament.

It took Kim until September 2018 to finally pick up a win, at the OK Savings Bank Se Ri Pak Invitational. Following her first win, Kim picked up another in the 2019 season, at the MY Munyoung Queens Park Championship 2019 in July.

This season, Kim struggled to pick up a win on the KLPGA Tour but had a pretty consistent season where she made the cut in 15 out of 17 tournaments.

But with her first-ever major victory, Kim has suddenly become the next big Korean golfer to watch out for. She also managed to continue the Korean golfers’ winning streak at the U.S. Women’s Open, as Lee Jeong-eun won the tournament in 2019.

Now that the U.S. Women’s Open has ended, there is only one more tournament remaining on the LPGA Tour: The CME Group Tour Championship.

This is the season finale and only the top 60 players on the CME Globe ranking this season get an invitation to compete.

World No. 1 Ko started her season very late, competing in her first LPGA tournament of the season at the Pelican Women’s Championship presented by DEX Imaging & Konica Minolta in the last week of November, but has still earned her spot at the season finale after competing in only three tournaments.

A runner-up finish at the U.S. Women’s Open allowed her to move up the Race to CME Globe ranking from 105 to 45th. Not only that, the runner-up finish was the world No. 1’s best finish of the season.

The long 2020 season will finally reach its end with the CME Group Tour Championship at Tiburon Golf Club in Naples, Florida, starting from Dec. 17 to 20.

The season finale is also known as the jackpot tournament, where the winner takes home $1.5 million in prize money.