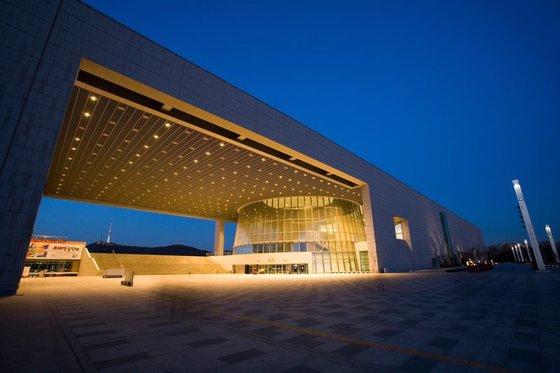 The Ministry of Culture, Sports and Tourism said on Friday it will continue to suspend the operation of the 17 state-run cultural facilities in Seoul, which have been closed since Dec. 8, amid growing concerns about the pandemic. The facilities include not only museums and libraries but also theaters such as the National Theater of Korea and Jeonggong Theater. The cultural complex Seoul Arts Center is also closed, but some exhibitions and performances by private organizers in the center will continue.

The Culture Ministry also ordered seven national music, dance and theater companies such as the Korean National Ballet, the Korean Symphony Orchestra and the Korea National Opera to suspend their performances in Seoul.

They include the National Palace Museum in Gyeongbok Palace, Seokjojeon museum in Deoksu Palace and the Grand Greenhouse of Changgyeong Palace. Visitors are still allowed to the gardens and outdoor spaces between buildings in these palaces, which are located in central Seoul. Open-air royal tomb sites from the Joseon Dynasty (1392-1910) in Gyeonggi will be also open to visitors. However, guided tour services will be suspended indefinitely.