Getting over China’s influence

Getting over China’s influence 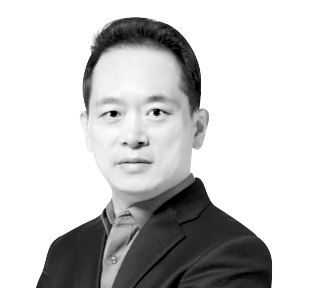 Through its media bashing and trade sanctions, China has sent a clear message to the world that any state critical of Beijing and any governments that pose problems for Chinese enterprises could be vulnerable to retribution, claimed the Lowy Institute in its contribution to the Financial Times in November. Richard McGregor, a senior researcher at the Sydney-based think tank, called for cooperation among liberal democracies to contain China and its domineering demands.

Any country trading with the world’s second-largest market faces similar risks. Countries on the free democracy front have benefited from security ties with the United States and businesses with China. However, China’s rise has shaken up the global order. Beijing resorts to economic sanctions and diplomatic pressure if its pride or interests are hurt.

Australia has become a big target. Beijing found Canberra meddlesome in domestic affairs of Taiwan, Hong Kong and the South China Sea as well business deals such as the exclusion of multinational technology company Huawei in 5G projects. China launched trade sanctions on Australia. It slapped massive tariffs on Australia’s major products like wine and restricted imports of beef and coal, not to mention kicking off a barrage of antidumping investigations. The attack will likely go on until Canberra throws in the towel. Chinese media stand at the forefront to attack others. It has become more blatant to the point of attempting to censor freedom of expression by foreign media.

Australia’s grievances can be felt by other countries. The Economist noted China usually targets small and mid-sized allies of the United States. Countries that exhibit economic weakness, like Latin America and Africa have a long ways to go and must stay dependent on Chinese aid. Beijing is less harsh on India because of its colossal size. It only sends troops to show its military prowess when a territorial dispute arises. India also cannot be tamed easily. It has banned the use of Chinese apps as a tit-for-tat measure. Those who feel the pressure most acutely are Australia, South Korea, Germany and Japan, all of which have high trade reliances on China. 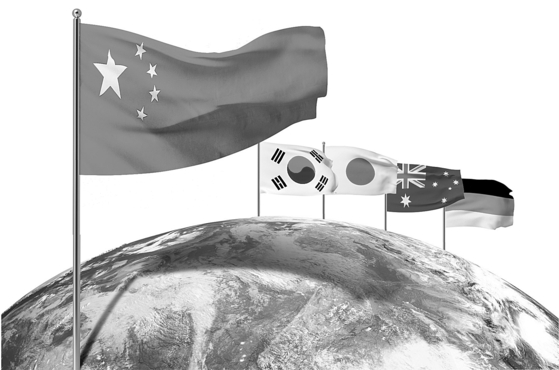 China has a knack for attacking the weakest. Australia has become the canary in the coal mine as it is a close U.S. ally and an intelligence-sharing partner with the United States, Britain, Canada and New Zealand. When they issued a critical statement on Beijing over the handling of Hong Kong, Beijing focused its attacks on Australia, which relies on China for nearly 30 percent of its trade. One out of 12 jobs for its 25 million people is related to China directly or indirectly.

Beijing has been ratcheting up its assertive “wolf warrior” diplomacy, named for a popular series of jingoistic Chinese action films. Provocative and combative tactics have been deployed to win over Chinese interests on the foreign front.

Australia, South Korea, Germany and Japan respond differently as their interests differ. But a lesson can be drawn from their different approaches. In other words, unrivalled technology makes China less impudent, and flexibility often works.

Tokyo so far has been proven most skillful. Japan may have been most worried by China’s dramatic rise. It would have never imagined that it could be overtaken by China in terms of economic performance. But China already outpaced Japan in 2010 in terms of the overall economic size and continues to grow at a rapid pace. Under such circumstances, Tokyo has stayed all business-like. Former Prime Minister Shinzo Abe avoided irking Beijing during his eight years in office.

Beijing is also more careful with Tokyo. It has been less assertive about the Senkaku Islands, or Diaoyu in Chinese, that are a heated territorial dispute with Japan. Although it has a bigger economy, China cannot disregard Japan’s technology and military prowess. The two governments have built a cozy relationship, with Chinese President Xi Jinping scheduled to visit Tokyo if not for the Covid-19 outbreak. Such amicable ties were possible as Beijing cannot simply dismiss Japan’s technological and military power.

China also poses a difficult challenge for Germany. German Chancellor Angela Merkel was a western leader who once argued that trade and investment could pull China onto a democratic path. Merkel seems to have changed her mind. She has been urging German enterprises to reduce their reliance on China and find alternative markets. The German economy was bigger than China 15 years ago when Merkel first ascended to leadership. Now the size of the German economy is only a fourth of China’s. Although it has become a powerhouse in Europe, Germany has lagged behind China after it became the so-called global factory upon joining the World Trade Organization in 2001.

German enterprises are treading on ice. Volkswagen operates 26 outposts in China, including manufacturing facilities. It has a factory in Xinjiang where abuses of ethnic Uighurs have raised an international uproar. Germany cannot afford offending Beijing. The Chinese ambassador in Berlin blatantly warned that German businesses in China could be at risk if Germany sides with America in sanctions on Huawei. Still, Germany is better off as its reliance on China for exports hovers at merely 8 percent whereas the share exceeds 30 percent for Australia and 25 percent for South Korea.

Germany is reinforcing its strength to maintain its competitive edge in its relationship with China. When China declared it will augment its technological independence from 2021, Germany reacted by upping investment to enhance supremacy in machinery equipment, its traditional strongpoint. Germany believes keeping unrivaled technology is the only way to fend off China and protect its business in and with the country.

China is racing towards its goal of achieving economic supremacy and sovereignty. It aims to lower its reliance on imports from developed western countries starting with semiconductors. South Korea must learn lessons from Japan, Australia and Germany. The only means for our survival is strong economic power and flexible diplomacy. Since a war no longer works as an answer to conflict, economic power serves as the biggest deterrent. Japan and Germany are trying to lower their reliance on the Chinese market while defending their technological edge. They were able to diversify their export markets better than South Korea and Australia thanks to their high-tech power.

South Korea must sustain its supremacy in chip and other high-tech fields and exercise flexibility and pragmatism in diplomacy towards China. Korea Inc. must become stronger. Seoul must strengthen its alliance with America under Joe Biden’s presidency. It must maximize its national interests within multilateralism on economic and foreign affairs.

Always on the receiving end