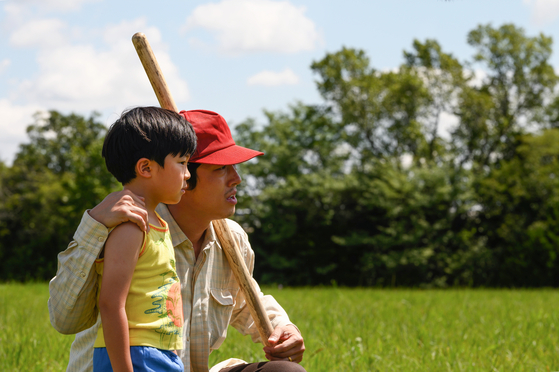 
The Hollywood Foreign Press Association (HFPA) is facing backlash from the American film industry for placing director Lee Isaac Chung’s acclaimed film “Minari” in the category of foreign language film and deeming it ineligible for the best-picture category for the upcoming Golden Globes.

“'Minari,’ which stars an American, is directed by an American and produced, financed, and distributed by U.S. companies, is ineligible in the best-picture categories and must compete in the foreign language category,” American media outlet Variety reported on Tuesday.

According to HFPA rules, the dialogue of a film must be at least 50 percent in English to compete for the top prizes of best drama and best musical/comedy prize, and cannot compete in multiple categories for the top three awards in the categories of drama, musical or comedy and foreign language.

Earlier in January, director Bong Joon-ho’s “Parasite” (2019) became the first Korean film to win a Golden Globe for best foreign-language film. As his film is 100 percent in Korean, the placement did not cause any issue. However, Bong had repeatedly mentioned throughout his Oscar campaign and acceptance speeches that languages should not become a barrier in the valuation of films.

“Once you overcome the one-inch-tall barrier of subtitles, you will be introduced to so many more amazing films,” he said during his acceptance speech at the Golden Globes.

Streams of Hollywood's influential are coming forward on their social media, listing off other films with a larger proportion of non-English dialogues which were able to compete for the Globes, such as Alejandro Gonzalez Iñárritu's “Babel” (2006) and Quentin Tarantino’s “Inglourious Basterds" (2009). “Babel” even won the drama honor in 2006.

Lulu Wang, the director of “The Farewell," which also faced similar controversy when it was sidelined in the foreign-language category last year, tweeted, "I have not seen a more American film than #Minari this year. It's a story about an immigrant family, IN America, pursuing the American dream. We really need to change these antiquated rules that characterizes American as only English-speaking."

"The film equivalent of being told to go back to your country when that country is actually America,” actor Daniel Dae Kim tweeted.

“Minari,” featuring both Korean and Korean-American actors such as Steven Yeun, Han Ye-ri and Youn Yuh-jung, is a semi-biographical tale about the director’s own Korean family who immigrates to Arkansas in the 1980s in search of the American dream. The film has been taking home a series of awards from various global film organizations and is considered to be in with a strong chance of an Oscar nomination.