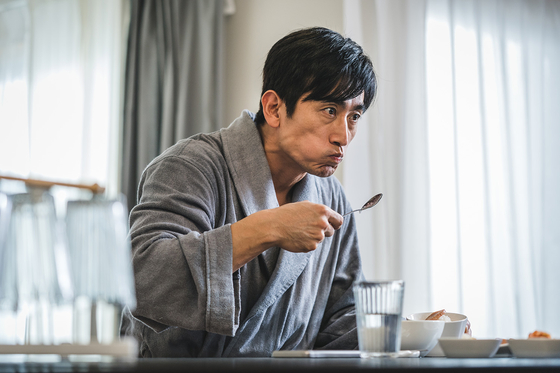 A scene from upcoming Netflix film ″What Happened to Mr. Cha?″ [NETFLIX]


Saxophone, leather jackets and a motorcycle. These are some of the images that immediately spring to mind when one thinks of actor Cha In-pyo, who shot to stardom through MBC drama series “All My Love For You” in 1994.

Although the actor has been consistently active in his career both in television series and films throughout the years, his image as a 90s icon star still lingers strongly with the public today. The actor puts this to use in the upcoming film “What Happened to Mr. Cha?” which premieres on Netflix on Jan. 1.

“Over my years as an actor, numerous directors have come to me saying that they want to break apart the image that I [originally] have through their works,” Cha said in an online press event on Monday. “Whenever they said this to me, I would wonder why they wanted to do that since that image was bestowed on me by the public — why not use somebody else instead of using me?

“But this time I wanted to escape that image,” he continued. “I felt like I was trapped within, tied up by that former image, and what better way than to star in ‘What Happened to Mr. Cha?’”

The film, starring Cha in the lead role, is a comedy centering around a '90s star struggling to recover his former glory that uses Cha’s actual roles and snippets from the actor’s real life. 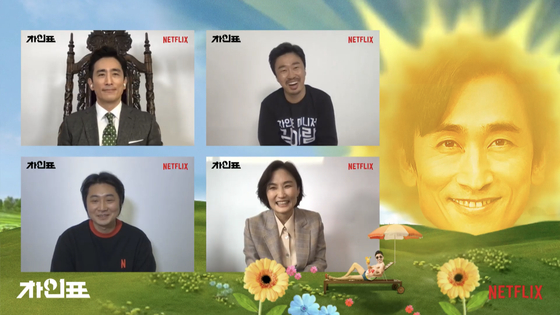 
“The film starts with actor Cha In-pyo and ends with Cha. That’s why the movie title had to be ‘Cha In-pyo,’ [which is the title in Korean],” director Kim Dong-kyu said. “Instead of using a fictional character, I thought it would resonate more with the audience and provide them with a better understanding of the message I wanted to convey if I used a real person.”

As Kim was planning this film, he immediately thought of Cha because to him the actor was the most iconic representation of a star. However, when he first knocked on the door with a script to propose to Cha, he was rejected.

“That was five years ago when I met the director and the CEO Kim Seong-hwan [of the production company About Film] for the first time,” Cha said. “Back then I thought this film was a novel idea, but I hesitated and [ultimately] rejected the offer because the Cha in the film was stuck in a rut. I thought back then, ‘If I’m not like that in real life why should I star in such a film?’”

“But like in the film, that became my reality,” Cha said. “I believed that I had to go within that matrix to break that apart.”

“When I first started to construct the plot, I wanted to tell a story about impressions,” Kim said. “I thought actors were the most representative subjects — whether they made the impression themselves or they were given to the actors by the others, it’s really difficult to break free from that image once it’s planted in people’s minds. I thought it would be a fun movie to create a story about someone struggling to escape their impression.”