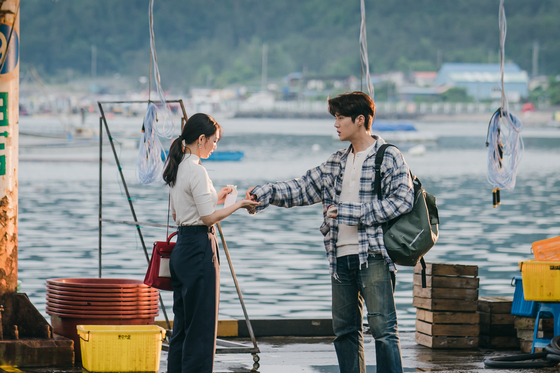 
TvN’s drama series “Hometown Cha-Cha-Cha” landed at No. 9 on the Top TV Shows on Netflix in the World on Sunday, according to streaming analytics company FlixPatrol.

The series can be streamed on Netflix. Currently only two Korean shows are in the list's top 10, the other being “Squid Game.”

“Hometown Cha-Cha-Cha” ranks No. 2 for Korea’s top 10 on Netflix, and is in the top 10 in about 20 countries including Australia, Bangladesh, Egypt, Hong Kong, India, Indonesia and Japan.

It also saw a viewership rating of 11.4 percent nationwide on its 10th episode, which aired on Sept. 26.

“Hometown Cha-Cha-Cha,” starring actors Shin Min-a and Kim Seon-ho, is about the romance between a dentist and a jobless yet helpful handyman in the village of Gongjin.