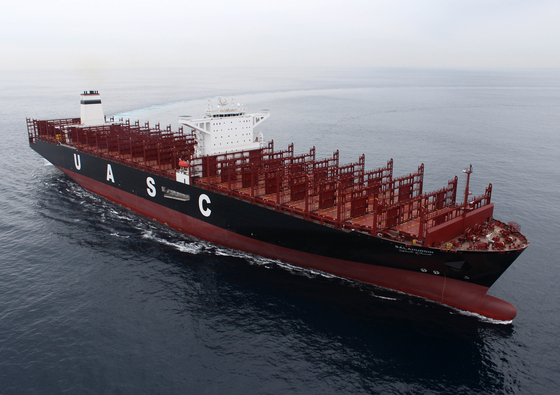 
Korean shipbuilders announced their first big deals of the new year on Tuesday, on top of a rising tide of demand for eco-friendly shipping.

The ordered container ships are equipped with large-scale LNG fuel tanks that can shuttle between destinations in Asia and Europe without needing to be refuelled.

Korea Shipbuilding & Offshore Engineering now has an order backlog of 50 LNG ships — the largest in the industry, it claims. The company said there’s been a constant increase of demand for eco-friendly vessels as environment regulations are strengthened worldwide.

The vessel has the capacity to store LNG up to 174,000 cubic meters (6.1 cubic feet). Samsung said the ordered LNG carrier will contain its latest technology to prevent loss of LNG during transportation and control systems to block hazardous emissions. Under the contract, delivery will be made by April 2023.

Samsung also said it has been benefiting from rising demand for eco-friendly shipping. It has locked in 20 contracts for LNG carriers since November.

In an October report, the Export-Import Bank of Korea’s research center pointed out that ship orders in 2021 will mostly consist of demand to abide by regulations on greenhouse gas emissions and assessed the trend as having a positive impact on Korean shipbuilders.

“As new ship orders will be motivated by environment regulations, there will be a higher emphasis on functionality and efficiency rather than low prices,” the report said.

Korea’s shipbuilding industry had passed a difficult phase where it lost contracts to Chinese shipbuilders that drive down prices.

“LNG ships require a high degree of technical credibility and, as its portion expands, Korea’s share in global ship orders is anticipated to increase as well.”