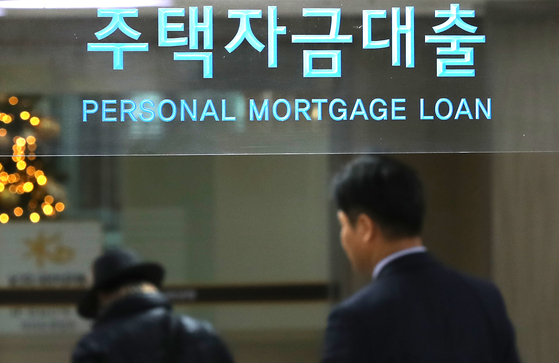 SOHN HAE-YONG
The author is the head of economic policy team of the JoongAng Ilbo.

The list of dishonorable “World’s Bests” for Korea has a new entry. As of September 2020, Korea’s household debt reached 1.941 quadrillion won ($1.79 quadrillion). The household debt-to-GDP ratio is 101.1 percent. For the first time, the ratio surpassed 100 percent, 16.5 percent up from a year ago. That means a year’s earning of the country cannot pay back the debts our households borrowed.

It is an overwhelming number internationally. While there is a small difference in number, IMF research also showed Korea’s household debt-to-GDP ratio rose to 100.6 percent, drastically higher than the world average of 65.3 percent. It is even higher than the 81.2 percent of the United States, a country known for its spending.

Korea is ranked in second place among 34 countries after Lebanon (116.4 percent). Considering Lebanon’s unique situation — the Beirut Harbor explosion resulting in a 30-percent decrease in GDP — Korea is practically topping the list.

What matters is not only the size but the quality. Rather than spending or investing in businesses with borrowed money, Koreans get loans to invest in real estate and stocks as a result of the Moon Jae-in administration’s repeated failed real estate policy.

The situation represents an economy not moving in a productive direction. When you make money and pay back the principle, your spending power decreases. That leads to a vicious cycle of shrinking demand, lowered economic vitality and decreased income. If the Covid-19 crisis continues, the vulnerable class would not be able to handle the debt and will be pushed off the cliff.

I am worried that insolvent household debt will surface due to a liquidity crunch this year. The government plans to tighten household loans to control real estate prices. Banks are not willing to extend the interest grace period to help overcome the impact of Covid-19. As a result, the weakest link of the economy — small-business owners — is expected to be the detonator for household debt insolvency.

The Bank of Korea expects that small-business owners that cannot continue will double from 3.2 percent in March 2020 to 6.6 to 6.8 percent in March 2021. If the principal and interest payback grace period is not extended, the figure will surge to 10.4 percent by the end of the year.

A fundamental solution is to reduce household debt. But it is impossible realistically. The focus should be on boosting the economy, including deregulation, to increase employment and investment. When household income grows, the burden to pay back debt can be lessened and the crisis will subside. But unfortunately, I cannot see any visible steps to rebooting the economy under this administration, even when the household time bomb is ticking and closing in on zero.