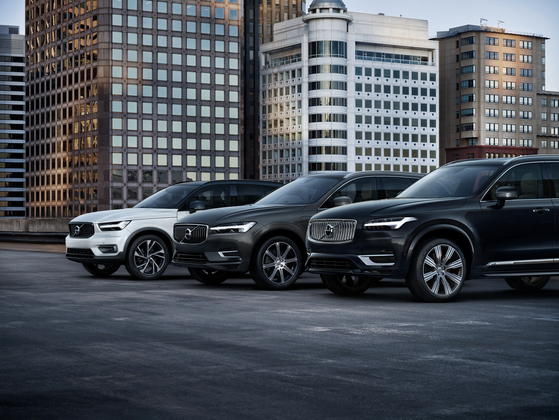 
Volvo Cars Korea will invest 50 billion won ($45.5 million) this year to expand network services in the country and sell 15,000 vehicles, a 17-percent increase on the target set out for last year.

Volvo will launch its XC90 and XC60 SUVs topped with what’s called a mild hybrid powertrain, which comes equipped with an electric motor, in the first quarter. A pure electric version of the XC40, the XC40 Recharge, will also launch within this year, the carmaker said. The XC40 Recharge is able to drive 400 kilometers (249 miles) per charge.

The Korean unit of the Swedish carmaker sold 10,570 units in 2020, posting a 21 percent year-on-year jump and its highest-ever sales.

The compact SUV XC40 was the most popular model among its lineup, selling 2,555 units, followed by the bigger XC60, which sold 2,539 units.

Vehicles equipped with the mild hybrid system, first introduced to Korea last year in September under its eco-friendly powertrain initiative, sold 3,622 units in 2020, accounting for 28 percent of sales.

Volvo Cars Korea said it will expand its service network by 18 percent, adding five new after-sales service centers to make a total of 33. It will also add three new showrooms to total 31.

“The reason why Volvo Cars Korea was able to sell more than 10,000 cars for two consecutive years is that there is an increasing number of customers who sympathize with Volvo’s vision toward the environment,” said Lee Yoon-mo, CEO of the Korean unit, in a release. 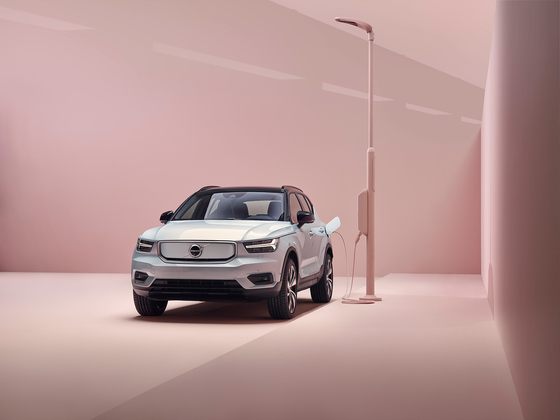