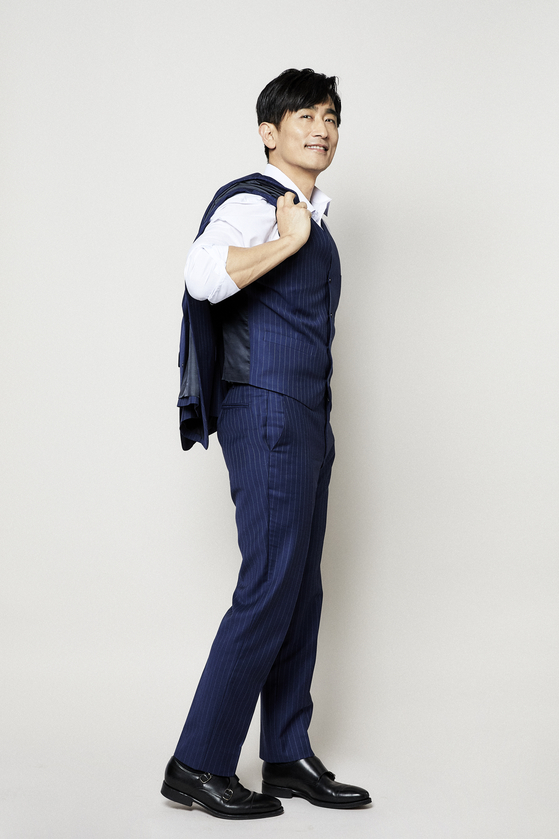 
Actor Cha In-pyo, still remembered by many as the motorcycle stud who won over the hearts of countless women with his saxophone playing and rugged charm, is now a thing of the past. Or so the actor seems to scream in his Netflix film “What Happened to Mr. Cha?”

In the film, Cha plays himself, as a '90s icon who is still clinging onto the nostalgia of his long-gone popularity. He can't escape the public's perception of him — which is not unlike the reality that the actor is living in. 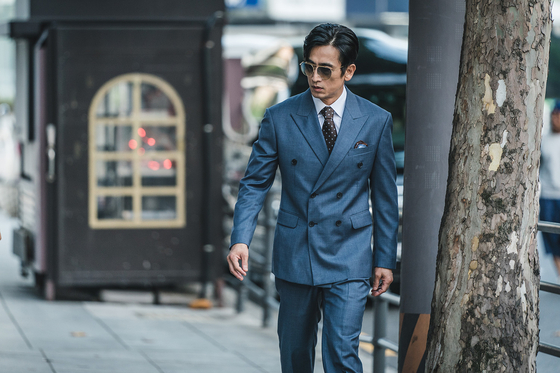 A scene from the film ″What Happened to Mr. Cha?″ Actor Cha In-pyo features as himself, as a '90s icon who is unable to escape his glory days and lives in hope of a big break that will make him popular again. [NETFLIX]


The story really begins when Cha, due to unprecedented circumstances, takes a shower in a girl’s high school and the building explodes, causing the actor to become trapped within the debris while stark naked. Afraid to call out for help for fear that he’ll become a laughing stock, he pesters his manager (played by Cho Dal-hwan) to discreetly get him out of the building.

In the film Cha faces every kind of embarrassment and predicament that anyone could ever find themselves in — in a slapstick comedy manner, he falls flat on his face into a puddle of mud, is constantly pushed around as he faces rejection after rejection from show writers, and even faces the cold shoulder from his manager. 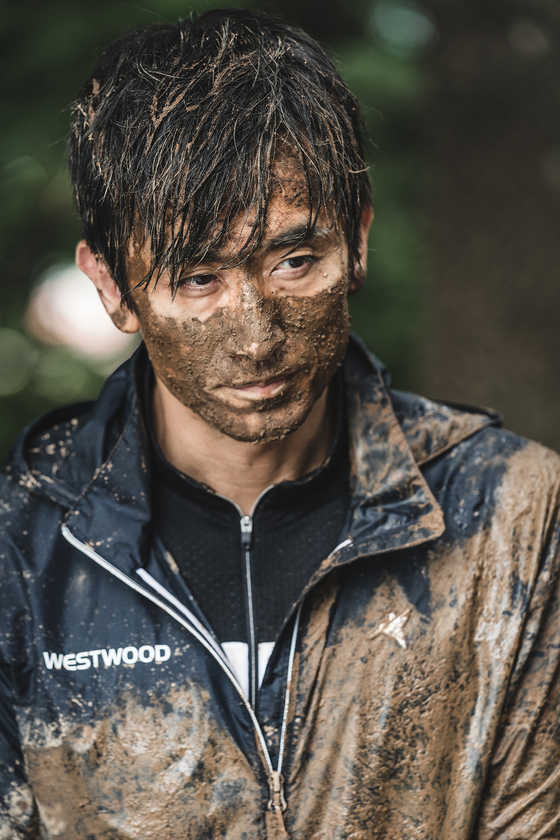 A scene from the film ″What Happened to Mr. Cha?″ in which Cha In-pyo features as himself, and has an unfortunate accident with a puddle of mud. [NETFLIX]


It was the desperateness of this character which made Cha ultimately say no to the role in 2015 when he was first offered the script.

“And what was overwhelming was that the film’s title [in Korean] is my name,” Cha said in an online interview on Thursday. “I thought it was unnecessary to have the character use my name with my own actual roles and be poked fun of that way because my reality wasn’t like that.

“But in the last four years [since I was offered the script] I became stuck in a rut just like the Cha in the film, I wanted to feature in more films but there weren’t any good roles offered to me, and there was actually a time when I was first cast for a role and then later rejected,” he said.

“That script felt like a prophecy then, and that’s when I realized I was actually stuck, and I needed to challenge myself to break that image apart through this film.”

A difference between the real-life Cha and the Cha in the film is that the character wholeheartedly embraces all the stereotype and public perception he had as a star who rose to stardom through MBC drama series “All My Love For You” (1994). His iconic move of waving his forefinger romantically with the all-too-familiar melody of the series’ soundtrack plays in the background repeatedly throughout the film. 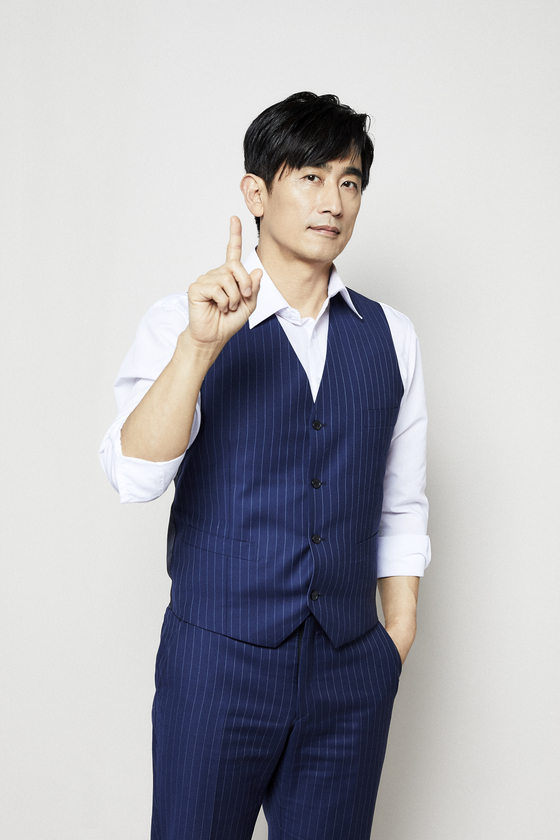 
“I can’t specifically pinpoint what image I wanted to break down, but what the public expected of me is the stereotype I had,” Cho said. “I’ve lived [until now] constantly keeping myself at bay — restraining and enduring to meet the expectations people had of me. In short, I didn’t change or grow. I’ve lived within that comfort zone, and I wanted to break away from that, but I didn’t know how to do that by myself. I knew that I needed to do that through a role, but there wasn’t something that was as refreshing, and there weren’t that many roles offered to me as I grew older.

“I didn’t think I was entrapping myself within my previous stereotypes through this film,” he continued. “Because when people want to retain a certain image or reputation they do it because they want to get something out of it. I didn’t have anything I wanted to get out of them. I just want to continue featuring in fun projects if I’m given the opportunity, but I don’t want to remain a star or receive massive attention from the media. I don’t find happiness in that. My happiness lies somewhere else [in my life], and the roles I have taken on are just an accomplishment that I have as someone who’s been in this business for years.”

When asked if he hoped to get any message or advice across to rookie actors through the film, Cha said they should direct their attention toward the public instead of within themselves.

“I see rookie actors nowadays who create their own kind of image,” Cha said. “They think that this is how people will think of them, and presume that it is what people will like. If you want to interact with the masses, your attention should be focused on the outside, toward them, but I see a lot of [actors] busy typing their names in search engines and just immersed in what people think of them.

“What we need to do [as actors] is offer sympathy,” Cha said. “We need to actively communicate with people to know what their worries are, in what way they need to be consoled, and when they’re hurt, express that they’ve been hurt and celebrate when they are happy. I think we need that kind of attitude.” 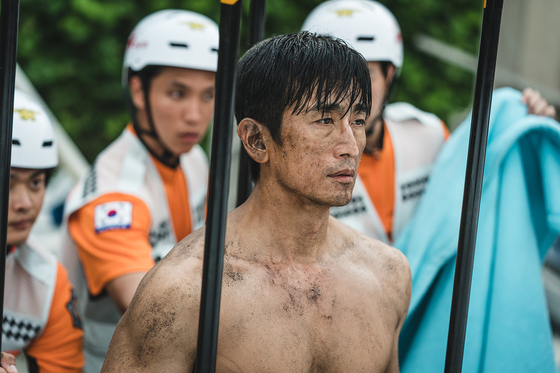 A scene from the film ″What Happened to Mr. Cha?″ in which Cha is finally rescued after a series of unfortunate events. [NETFLIX]


However, the actor said that he has no intentions of competing with the star actors who populate the screens nowadays. The only real competition Cha says he has is himself.

“The only competitor is yesterday’s me,” Cha said. “I only wish that I was more kind, grateful, and my spectrum of acting would become a little wider than yesterday.”

The actor did still seem to have a thirst to develop his acting skills. When asked what was the most essential element to become an actor, he replied it was the “fundamentals.”

“I always have this desire for it,” Cha said. “If I could start all over again, and if someone would have advised me to train on the theater stage for at least few months every year no matter how busy I am, it would have been great. But when I look back on my past, I realistically couldn’t because something else was always going on, and I couldn’t make time. I guess it’s a matter of choice, but [nevertheless] I believe developing the fundamental skills of acting is the most important factor for an actor.”

Through “What Happened to Mr. Cha?” the actor is ready to put his glory days behind him and start anew.

“I was a nobody before [the “All My Love For You” series], and I became a star through the series,” Cha said. “Most importantly, however, I met my wife [actor Shin Ae-ra] and that’s how our family came to be, so in that sense [the series] was like a once-in-a-lifetime piece of luck for me. And I paid the price for that luck as that imagery sort of confined me throughout my life. I’m 55 now, and in a place where the first half of my life is over and I’m starting a new chapter. I’m happy for what I had, but I wanted to be more free, and that’s when another piece of luck in the form of this film came to me. I hope my past can slip from people’s minds and I can be set free to pursue new things.”