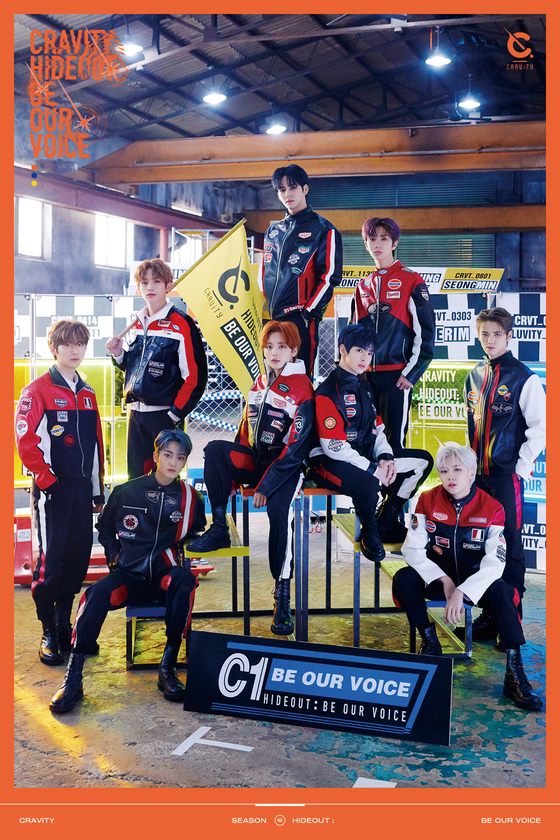 
Boy band Cravity will release its third EP "Cravity Season 3 Hideout: Be Our Voice" today at 6 p.m. and meet with fans through an online comeback show in the evening to celebrate, the band's agency Starship Entertainment said on Tuesday.

Cravity released a preview video of the album on Sunday through its official social media accounts, teasing little snippets of new tracks including: lead track "My Turn," a hip-hop ballad that contains the band's background universe "Call My Name," powerful dance track "Mammoth," "Bad Habits," "Moonlight," "Dangerous" and "Give Me Your Love." 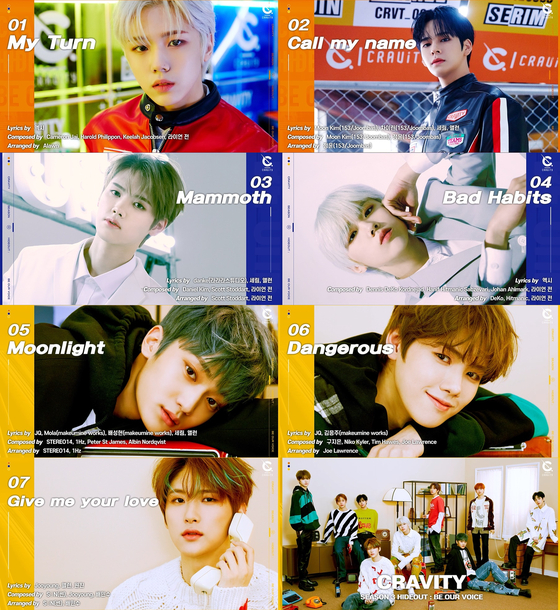 
Cravity made its debut as Starship Entertainment's first new multi-member boy band since Monsta X, which debuted in 2015.

It also charted at No. 1 on Korean album sales tracker Hanteo Chart's record of all bands that debuted within the first half of 2020 and peaked at No. 12 on Billboard's Social 50 chart.

The online comeback show for the new EP will be titled "Be Our Voice" and begin at 8 p.m. on Naver Live.

Cravity Be Our Voice Starship Entertainment My Turn