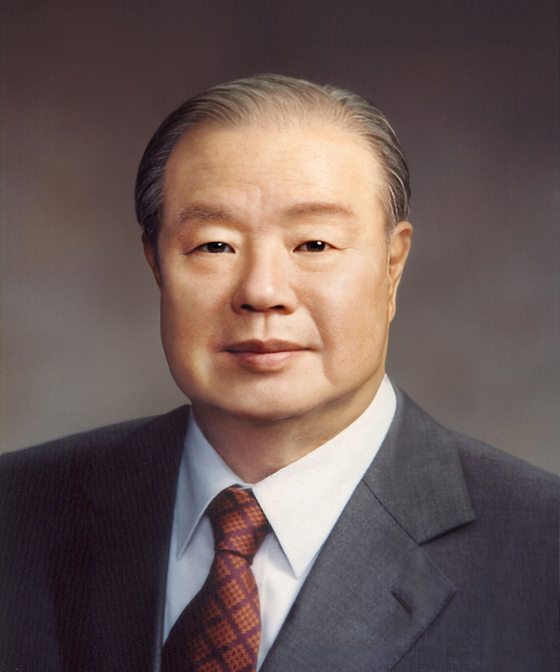 
Kim Sang-ha, honorary chairman of Samyang Group and the longest-serving chair of the Korea Chamber of Commerce and Industry, died Wednesday at 95 years old.

Kim was born in 1926 in Seoul, the fifth son of Samyang Group founder Kim Yeon-su, and one of 13 children. He graduated from Seoul National University with a bachelor’s degree in politics in 1949 and joined his father’s business that same year.

Kim Sang-ha and older brother Kim Sang-hong played big roles in Samyang’s growth alongside their father. Kim Sang-ha then became the third leader of the conglomerate, following his father and brother.


While his father started Samyang as a farming business in 1924, Kim worked for the company as it was restructuring its business portfolio to take on a more industrial streak.

From the 1950s to 1960s, Kim spearheaded developing technology in sugar refinery and textiles, and took charge of construction for Samyang’s sugar factory in Ulsan and polyester plant in Jeonju, South Jeolla. As a result, Samyang was able to diversify its portfolio to engineering plastic and starch as well.

After being promoted to chairman in 1996, Kim pushed the boundaries of the business once again to include packaging and bio pharmaceuticals.

At the same time, he didn’t hesitate to halt businesses that he thought had little growth potential. In the 1990s, Kim announced that Samyang would no longer invest to expand the chemical textile business when other companies in the field were enjoying high demand. These rivals were all critically affected by the Asian financial crisis in 1998.

The former Samyang chair was also an active social figure, heading more than 100 organizations and foundations throughout his lifetime. The list includes the Korea Basketball Association, the Environmental Preservation Association and the Korea Chamber of Commerce and Industry, where he served as chairman for 12 years from 1988, the longest-serving chairman of the lobbying group.

His funeral will be held at Asan Medical Center in Songpa District, southern Seoul, until Friday.