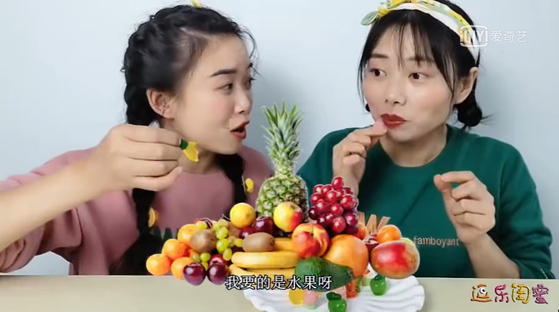 In this screen capture from iQIYI, one of the largest video streaming outlets in China, video content creators in China talk about eating gummy candy as a snack. [SCREEN CAPTURE]


Korea’s fruit gummy candy has seen an increase in popularity among Chinese consumers as snacking trends in the country are changing and more attention is being paid to nutrition.

One such snack that fits the tastes of modern-day Chinese people is Korean fruit gummy candy made with real fruit juices. According to the Korea Trade-Investment Promotion Agency (Kotra) last week, the market for all types of candy in China is steadily growing. Amidst such a trend, the sales of imported gummy candy from countries like Korea, Thailand, Malaysia, the United States and Japan, among others, has increased by 16 percent from the year before.

In particular, the sales of gummy candy imported from Korea has increased a whopping 32 percent during the pandemic, a time when many businesses struggled in the exports market. 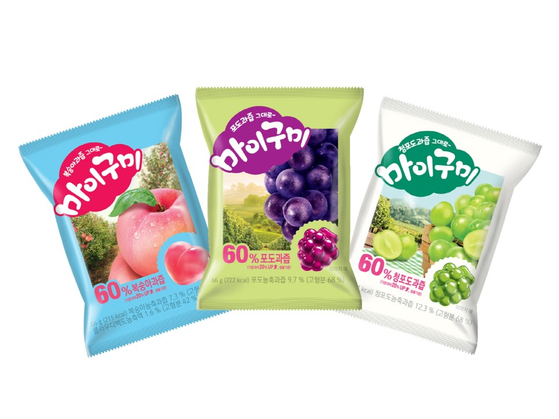 
“Korean gummy candy products are made with natural fruit juice and that seems to appeal to the Chinese consumers the most,” said a trade official at Kotra’s Nanjing office in China.

Until a few years ago, gummy candy had generally been considered a snack for children in China with many Chinese companies exclusively marketing the products for youngsters.

However, as the major consumer base of such products has grown to include women as well as children, products made using natural fruit flavors have been in demand, such as those made in Korea, Switzerland and Thailand.


Korean products are especially popular thanks to their competitive pricing. Malaysian brand LOT100’s gummy candy package usually costs around 13 yuan ($2), while Korean brand Lotte’s products are about 10 yuan, which is 1,700 won ($1.54).

“More demand is expected for products with additional nutritional benefits, as more people become concerned about their health," said an official with CBNData, a market research institutes in China.

“Products with low or no sugar and low-calorie gummy candy with enhanced nutritional effects will attract more attention in the market.”