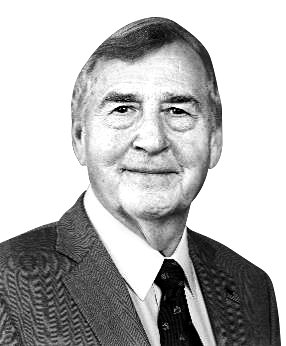 
Though the Biden administration will include many familiar faces, the Biden presidency will not be a third term of the Obama administration. Even more starkly, it will not be a second Trump administration. Remember who Joe Biden is. He is not coming to the White House as a novice. After 8 years as vice president under Obama and a decade before that as Chairman of the Senate Foreign Relations Committee, he has well-developed ideas about the world and about how to conduct relations with other nations.

What will this mean for foreign policy? Expect Biden to formally bury “America First” and American unilateralism. On the campaign trail, Biden criticized Trump’s “America First” for its producing “America alone.” Responding to foreign leaders who called to congratulate him, he repeatedly reassured them that he recognizes America’s allies and partners are essential to America’s success.

The defining international issue for the globe in the 2020s will be the rivalry between a rising China and a ruling United States. From my review of Biden’s past practice, I can identify five Rs that offer clues about his likely approach to China: Restoration of normal foreign policy practices; Reversal of Trump’s harmful initiatives; Review of Trump’s “159 accomplishments” in dealing with China through the lens of American national interests; Recognition that China is not just a great power, but much more than that: a classic Thucydidean rival; and Realism about the inescapable fact that the U.S. and China live on a small globe where each faces existential threats neither can defeat by itself. Both face challenges to their survival from climate disruption and nuclear arsenals that pose risks of MAD (mutually assured destruction).

A few words more on each. Restoration of “business as normal” in the making and conduct of foreign policy means that in relations with China, as with all other nations, Biden will put an end to idiosyncratic, personalized, impulsive government by tweet. As he has demonstrated throughout his career, he understands the necessity for deliberation in making foreign policy choices, and normal procedures that in earlier eras were called “diplomacy” in relating to other nations.

Reversing Trump initiatives that have clearly been harming American interests, expect Biden’s administration to rejoin the Paris Accord, the WHO, the UN Human Rights Council, and many of the other multilateral organizations the U.S. played an active role in until Trump withdrew from them. While Trump had an aversion to alliances and multilateral organizations, Biden has always been an alliance man. He knows that alliances can be force multipliers. I am confident that President Biden will honor his pledge to “stand with South Korea, strengthening our alliance to safeguard peace in East Asia and beyond.” He understands the importance of diplomacy. So in the U.S.-China context, expect to see a significant increase in the competence of American diplomats dealing with China at the embassy in Beijing and in Washington, reviving serious conversations at all levels between the U.S. and Chinese governments, returning American staff to the Center for Disease Control and Prevention office in Beijing that Trump withdrew, and demonstrating a readiness to have journalists from the U.S. and China return to each other’s countries if China is willing to allow them to operate on equal terms.

Reviewing what the Trump Administration has touted as “159 accomplishments” in dealing with China, the Biden team will ask about each: Does it advance American national interests? Some will be reversed, others repaired. For example, what candidate Biden called “tariff man’s” perverse preoccupation with the bilateral trade imbalance led him to impose many tariffs that harmed American consumers and producers more than they did the target of the tariffs. These will be reconsidered — since we can now all see the results. While Trump’s stated objective was to reduce America’s trade deficit with China, the trade deficit today is larger than when he imposed tariffs.

Recognizing that China is not just a twin of Russia, Biden understands why the Trump Administration’s decision to treat both as what it called “great power competitors” is inadequate. Russia can be understood as a traditional great power competitor. China is a genuine Thucydidean rival. As such, its rise is rapidly shifting the tectonics of power — threatening not only the influence but the very identity of a nation that has led the world for an American Century. This dramatic shift threatens to upend the American-led international order that has provided more than seven decades without great power war and an era of unprecedented increases in global prosperity.

Realism about the inescapable fact that the U.S. and China live on a small globe in which climate as well as nuclear weapons create serious risks of MAD that impose on both certain necessities. Surviving in this environment requires 4 Cs: thick communication (to minimize misunderstandings and miscalculations); constraints (on initiatives that could trigger escalation to unwanted conflict); coordination and even cooperation to ensure that third-party provocations or accidents don’t drag them into an unwanted war, and that together the No. 1 and No. 2 emitters of greenhouse gases find ways to reduce those emissions to sustain a livable biosphere.

Of course, the paramount challenge for American policy makers in 2021 and as far beyond as anyone can see will lie here at home. Abraham Lincoln captured a profound truth when he quoted the scriptural warning: “A house divided against itself cannot stand.” Lincoln’s proposition is being more severely tested today than at any time since the decade prior to the Civil War (in which more Americans died than in any other war). President Biden appreciates this as much as anybody I follow. Watch his remarks on Nov. 7 after being declared winner of the 2020 election. He pledges “to be a president who seeks not to divide, but to unify.” And he underscores how the U.S. leads “by the power of our example, not the example of our power.” Reweaving the disparate strands in the tapestry of the United States to “restore the soul of America” and to “make America respected around the world again” will be a huge challenge. But fortuitously, even providentially, history has prepared him for this job.