Owners of dog breeds that the government considers aggressive are required to take out insurance by Feb. 12.

The Ministry of Agriculture, Food and Rural Affairs said Monday that Hana Insurance will be launching an insurance product to cover damage caused to people and other animals by dogs. The ministry said it made it mandatory for owners of so-called aggressive dogs to subscribe to liability insurance since it revised the Animal Protection Act last year.

The move comes after several high-profile incidents of dog attacks. Last year, a Rottweiler mauled another dog to death. 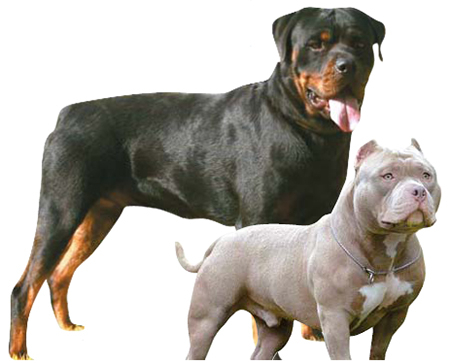 Some other insurance companies will add a special contract to their existing pet insurance products.

The ministry said it tried to minimize the burden on dog owners as they are obliged to subscribe.

Owners of aggressive breeds that fail to subscribe to the insurance will be fined 1 million won when they are caught for the first time. The fine will increase to 2 million won and 3 million won if they keep neglecting the obligation.