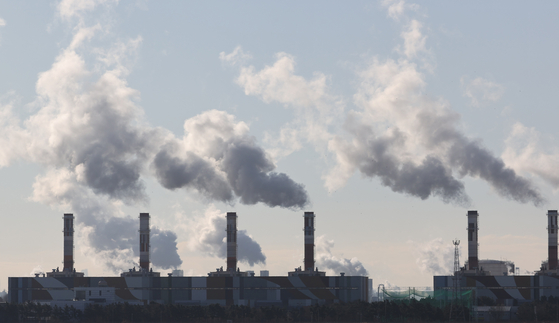 According to budgets submitted to the boards of directors of each of the power companies — Korea South-East Power, Korea Southern Power, Korea East-West Power, Korea Midland Power and Korea Western Power — each projects net losses between 200 and 300 billion won ($181 million to $271 million).

The five power companies are creating a joint task force.

The worsening profitability of the five power companies was expected as the government has tightened regulations on coal power, implementing a voluntary coal limit on each of the power companies.

Under the regulation, each power company has to set a maximum on its coal power according to its targeted greenhouse gas emissions reduction.

Public power company net losses are likely to continue as they work to meet the government’s policies of reducing reliance on coal power and on increased investments in renewable energy.

The power companies project that profits made from conventional fuel will fall continuously due to an increase in power generated via renewable energy.

They are concerned about the shrinking profits as a result of the sharp drop in power sales due to government policies on cutting coal power to reduce fine dust as well as a fall in demand due to Covid-19.

The joint task force will be focusing on minimizing the losses with measures that include improving billing and cutting management expenses.

“Phasing out of coal is a global trend that is inevitable,” a Korea Electric Power Company (Kepco) official said. “[Power companies] have to come up with survival strategies, including cutting costs through coal generating efficiencies, expansion of liquefied natural gas [LNG] [as an alternative] and business diversification.”

In the first year of the Moon Jae-in administration, Kepco’s profit shrunk to 4.9 trillion won, and in 2018, its profit turned to a loss. That loss in 2019 expanded to 1.27 trillion won.

“It’s inevitable for power company losses to expand as the government continues with phasing out nuclear power while increasing renewable energy and LNG,” said Ohn Ki-un, an economics professor at Soongsil University. “The losses at power companies will also affect Kepco, which will eventually increase the electricity bills.”