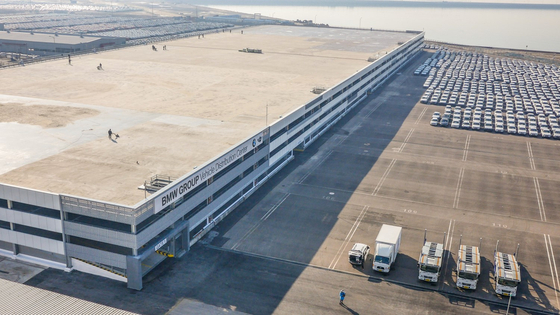 
BMW Korea will invest 60 billion won ($54 million) from 2021 through 2023 to expand its logistics center located in Pyeongtaek, Gyeonggi.

The capacity of predelivery inspection, or PDI, will expand from the current 78,000 units to 120,000 units. With growing demand for electric vehicles, the Pyeongtaek center will add charging infrastructure able to charge 70,000 cars per year based on its i3 model.

BMW Korea was the second-most popular imported carmaker last year, selling 58,393 vehicles in 2020, up by 32.1 percent from the previous year.