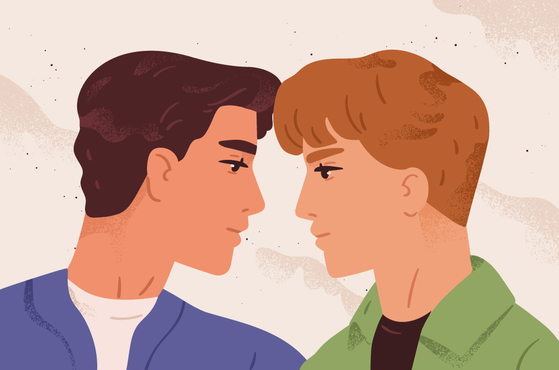 
A Blue House petition with this title has garnered over 212,000 signatures since it was first uploaded just two weeks ago.

RPS, which stands for Real Person Slash, is a subgenre of fan fiction with roots in the slash pairing of the James T. Kirk and Spock characters from the film “Star Trek: The Motion Picture” (1979).


Although unintended by the original creator, some fans speculated a homosexual relationship between the two male characters from their scenes together and began to spin fictional tales focusing on the romantic and sexual elements arising out of their camaraderie.

RPS, therefore, is categorized as any form of content that fantasizes a romantic relationship between real people, regardless of their actual partners or sexuality. 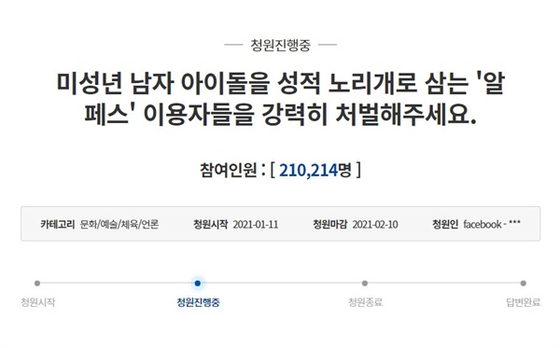 A Blue House petition calling for the punishment of RPS creators and distributors uploaded two weeks ago has received more than 210,000 signatures. [SCREEN CAPTURE]

Such content, however, was first brought into the public arena not by a K-pop band member but a rapper known as Son Simba, who came across RPS when one of his fans had written about him. Shocked by what he saw, he publicly reported it to his followers on Instagram, and a battle ensued.

The online debate on RPS transfigured to an offline one when on Jan. 19, two politicians from the People Power Party — Ha Tae-keung and Lee Jun-seok, a former member of the Supreme Council of the party — filed a request for a police investigation on RPS creators and distributors at the Yeongdeungpo Police Precinct in western Seoul. Lee even came forward to publicly admit he was a victim of RPS when he appeared on tvN’s variety show “The Genius” in 2015, while Ha equates the crime as on a similar level to the Nth Room case, a case which shocked the nation last year when it was found that the Telegram messaging app was being used as a tool by a crime ring to produce, sell and distribute sexually explicit videos, some of which involved minors. 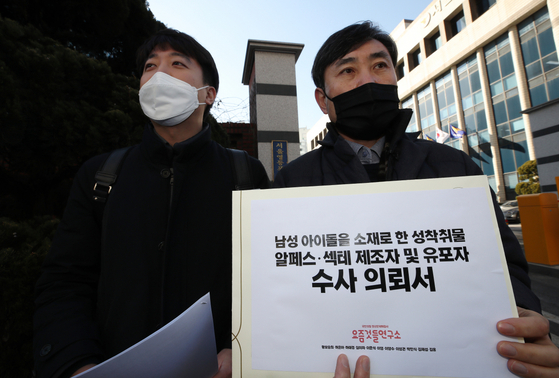 Two politicians from the People Power Party—Ha Tae-keung, right, and Lee Jun-seok, a former member of the Supreme Council of the party—answer questions from the press before they file for a police investigation into RPS creators and distributors at the Yeongdeungpo Police Precinct in western Seoul. [YONHAP]

Deepfake, a portmanteau of "deep learning" and "fake," uses artificial learning and sophisticated technology to replace an existing image or video with someone else's likeness. Female celebrities have been hardest hit by this new technology, with many finding their faces edited into pornographic videos.

"[The creation and distribution of] deepfake [pornography] is undeniably a sexual crime," the petitioner stresses.

Is it a culture?

Contrary to what the recent backlash might have some believe, RPS, or “fanfic” as it’s called in Korean, has been a sub culture of the K-pop industry from its inception. Ardent fans of first-generation K-pop groups such as H.O.T. and g.o.d enjoyed writing and reading such fictional novels about their favorite members. In the early 2000s, online fan communities of popular groups had their own fanfic corner where fans could upload and share their stories together. Some of the works became so popular that they were published in print. And the level of eroticism ranges widely, from stories that focus solely on friendship to ones that imagine them as lovers and describe intimate scenes in explicit detail.

Although never publicly acknowledged, the K-pop industry seemed to admit that RPS were very much part of the fandom. K-pop agencies even used the content as a marketing strategy to promote their bands. In 2006, SM Entertainment held its first fanfic contest for boy band TVXQ.

“We want to spend time interacting with fans and encouraging healthy creativeness among them,” the agency had explained. “We hope to stimulate fan culture in a positive direction.”

“Especially in the 90s, the concept of ‘pretty boys’ was first born and became the trend,” explained pop culture critic Mimyo in relation to why fans find enjoyment in the creation of fantasy homosexual relationships between K-pop members. “Fans enjoyed this notion so much because they were able to escape the reality of ugly men and as it became a part of culture, fan fics [highlighting] homosexuality became popular.”

Professor Jang Min-gi of the Department of Media Communication at Kyungnam University who’s researched fandom culture, also suggests that think of homosexuality as a form of true love.

“It consistently reappears in research on the psychology of females who consume homosexual narratives of male K-pop idols that they hugely empathize with the process of overcoming taboos or social constrictions and finding love just by being myself,” Jang evaluates.

“Even if one’s gender is not relevant — they even prefer it that way because they want to escape reality, not to be reminded of it. For instance, heterosexual narratives may lead to so many complications related to real life problems such as unwanted pregnancy, dating abuse, rape or molka [illegal filming] — they want to avoid all that and instead use homosexuality as the main narrative.”

Is it a crime?

Ever since RPS first garnered public attention, a variety of culture critics and experts have come forward to retaliate against claims that it is as notorious as the Nth Room.

“I see no problem in saying that there may be ethical issues [with RPS] and we may need to look over the matter again, irrelevant to the fact that it [RPS] has been an important factor of fandom culture and it has provided a stimulus which propelled the fandom forward,” columnist and culture critic Wi Geun-woo wrote on his Instagram account on Jan. 14.

“I believe that the current majority who argue that RPS [is a crime] including Ha, are not putting this discussion on the table to improve K-pop culture, but want to equate it to crimes against female victims by men and their ill culture of sexually objectifying women,” he wrote. “In other words they do not want to resolve problems such as RPS and the Nth Room. [Instead], they want to put them together so that they can avoid responsibility over male solidarity in the Nth Room.”

Jang thinks that these so-called victims of RPS and advocates for it to be punished don't really know the meaning of sexual exploitation.

“No female K-pop idol or actual people want to publicly admit that their photos are scattered in the chatrooms of the Nth Room or their faces are manipulated in deepfake porn,” she said. “The very fact that they [RPS characters] can go around flaunting that they are the victims means that it’s not a serious problem for them. If they actually were sexually humiliated or sexually exploited or if they are to define [RPS] as a sex crime, it’s a very important issue to overcome their embarrassment — although it may be tormenting and difficult — and come forward to say that they are the victims... The narrative cannot say that they are victims and they will sue. We can say that they don’t actually know what RPS means, or even the definition of RPS that they’ve set.”

The question remains — is RPS even punishable by current criminal law?

“But simply describing [sexual scenes] or writing that they had a sexual relationship cannot be accepted as obscene — it needs to be described very bluntly and lewdly,” Lee said.

Lawyer Lee Eun-ui who specializes in cases of sexual crimes says that certain RPS could be prosecuted under Article 13 of the Act on Special Cases Concerning the Punishment, Etc, of Sexual Crimes.

According to the article, “a person who sends another person any words, sounds, writings, pictures, images or other things that may cause a sense of sexual shame or aversion by telephone, mail, computer or other means of communication, with intent to arouse or satisfy his/her own or the other person's sexual urges, shall be punished by imprisonment with labor for not more than two years or by a fine not exceeding five million won [$4,520].”

“So [RPS] may be grounded as an obscene act but when it clashes with freedom of expression, there’s a higher possibility for the court to side with the latter than the recipient,” Lee said. “But if the party directly involved, in short, the person who’s been sexually objectified, argues that their reputation was damaged and they were insulted under Article 13, the court may rule in favor of the individual’s personal rights [rather than the freedom of expression] and [RPS] to be judged to be a crime and an illegal act.”

However, the lawyer disapproves of classifying the matter as gender polarization, which prohibits the masses from seeing the heart of the issue.

“Yes, celebrities earn fame and riches from public attention and love,” Lee said. “But we are consuming their talent and charisma. Viewing them as an object to taunt is an entirely different issue... And I believe that there may be a different method of restriction regarding idols and celebrities, because they make their living through attention from the public, so of course it’s extremely difficult to decisively take action against the matter. Before we can legislate laws, we need to discuss why we need to create this rule. And for that to happen we need money to provide an active sphere of discussion about whether or not it’s okay to put existing individuals as the main characters of [RPS] and obscenity.

“Instead, however, it’s always about the show and tell,” Lee continued. “Not just about RPS but for all the other social controversies that people get fired up about — their [the politicians’] purpose is to ‘show’ that they are tackling the issue at hand rather than actually pinpointing the root of the problem. After it’s all been filmed and exposed, we ultimately fail to reach the target, or create a worthwhile change."