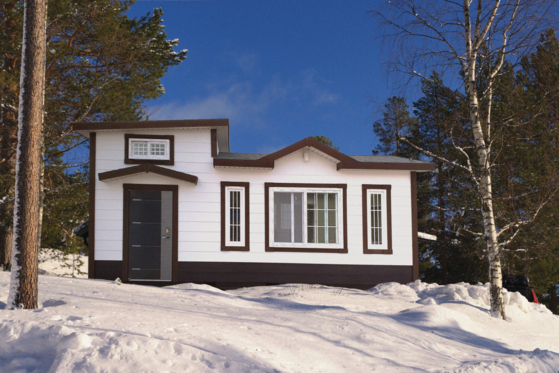 
These days, you can buy almost anything at a convenience store, even a house.

It’s a small, moveable and manufactured home — being described as a mobile home — and is sold for 16 million won ($14,340) by CU. The company, which works with a wooden home manufacturer to source the structures, says it has three models available and has received enquiries from about 30 customers every day.

Recently, a 56-year-old man bought a 19.8-square-meter (213.1 square foot) unit for his wife, who runs a pear farm in Boryeong, South Chungcheong.

That man could probably make the house more of a home with all the items available at convenience stores.

Of course, beer, chips, box lunches and ramyeon are still available for purchase to make the house truly complete. 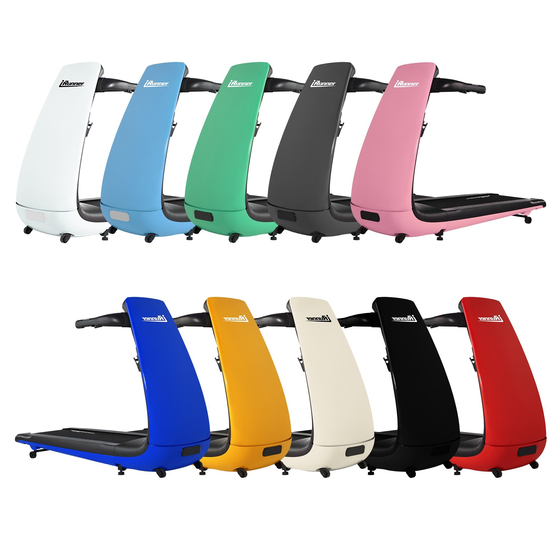 
According to the convenience store, the sales of home appliances between Jan. 1 to Jan. 24 skyrocketed 577.9 percent compared to same period a year earlier.

GS25 also said its sales of home appliances increased by some fivefold compared to last year. About 30 French wines, which each cost between 1 million won and 6 million won, were sold by the chain in less than a day.

7-Eleven said the sales of golf products, such as golf clubs, that cost anywhere from 600,000 won to 1 million won, soared by 44 percent compared to last year's Chuseok season. A total of 20 treadmills were sold, which each cost about 1.1 million won.

Convenience stores do not display those costly home appliances and products in the stores themselves, but take orders via an app. They started selling pricey products since the Covid-19 outbreak, targeting customers who wish to avoid going to big and crowded retail establishments.

“More Koreans are now looking for expensive gifts as they can’t visit their families this year,” said Choi Yu-jeong, a merchandiser at BGF Retail, which owns CU. “As camping cars were very popular during last year’s Chuseok season, we came up with mobile home for this year’s Lunar New Year holidays.”

“More people are splurging on luxury goods as they can’t go traveling overseas due to Covid-19.”

Price competitiveness, familiarity and, well, convenience are the major reasons why people are purchasing costly products from convenience stores rather than department stores and big retailers.

“We lowered the margin rate and sell those products at relatively low prices compared to other places,” said a spokesperson at GS25. “With online shopping booming, customers compare prices and information and end up buying products in convenience stores.”

Accessibility is another driving force. As customers wish to shop nearby their homes, convenience stores suffered less than big retailers and department stores in terms of sales.

“Since the Covid-19 outbreak, people expect more from convenience stores,” said a spokesperson at CU. “We’ve been adding more products rather than just food and daily necessities.”

Common Lunar New Year gifts were also popular, but not as much as home appliances.

Sales of seasoning packages and canned foods rose by 46 percent during the same period, while tea, beverage and snack sales soared by 159 percent. Sales of liquor rose 173 percent on year.

This Pepero Day, give them Teletubbies, Minions and underwear