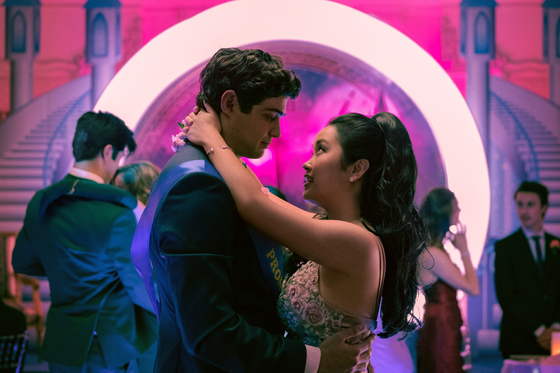 "To All the Boys: Always and Forever" is the last in the trilogy of the Netflix series "To All the Boys I've Loved Before" which garnered worldwide fame on the streaming platform. The story revolves around Korean-American girl Lara Jean and her crush-turned-boyfriend Peter Kavinsky's relationship throughout their high school years. [NETFLIX]


You’ve written a letter to each crush you’ve ever fallen for and kept them neatly stacked and hidden inside a box in your closet. Imagine how surprised you'd be to one day find them gone and then learn that they’ve been mailed to all your crushes.

Netflix series “To All the Boys I’ve Loved Before” (2018) begins with this panic-inducing opening which turns the quiet life of Korean-American girl Lara Jean (played by Lana Condor) upside down, and tells the love story that blossoms between her and her crush Peter Kavinsky (played by Noah Centineo), melting the hearts of millions. The instant success shot the cast and the original writer Jenny Han to stardom and secured contracts for them to film the trilogy.

In the final piece of the trilogy “To All the Boys: Always and Forever,” Lara and Peter are in their final year of high school and preparing for adulthood — and part of the final movie was shot in Seoul as Lara visits her mother’s home country with her sisters. 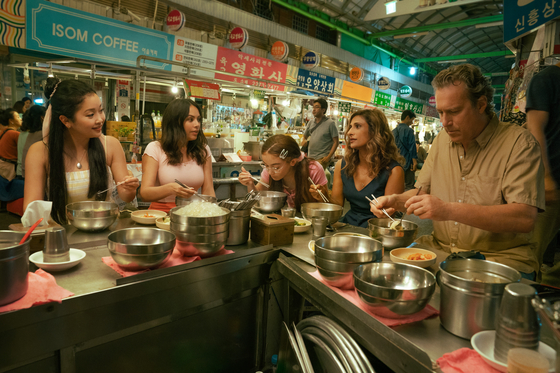 In "To All the Boys: Always and Forever," Lara Jean and her family visit Seoul, Korea. [NETFLIX]


“I [was] so excited to be there because one, it's my first time going, and two, I’m very obsessed with skin care and makeup of Korean brands,” Condor said during an online press event Friday before the film’s release on Netflix on Feb. 12. “It was [also] so exciting for us to shoot in Korea when in the first film we really only had like three sets — we worked at the house, the diner and the school and flash forward three years to now in the final installment, it was such a huge moment of how we really got to see how big our little ‘All the Boys’ got and also it's very reminiscent of how big Lara Jean’s world was getting.”

Condor revealed that she was also a huge “foodie” and says her favorite part of filming in Korea was when she got to shoot in Gwangjang Market in Jongno District, central Seoul.

“I basically got to eat noodle soup and dumplings for eight hours straight,” Condor said. “Which is my sole goal in life — it was so delicious and I was just in heaven... It definitely was one of the highlights of my career.” 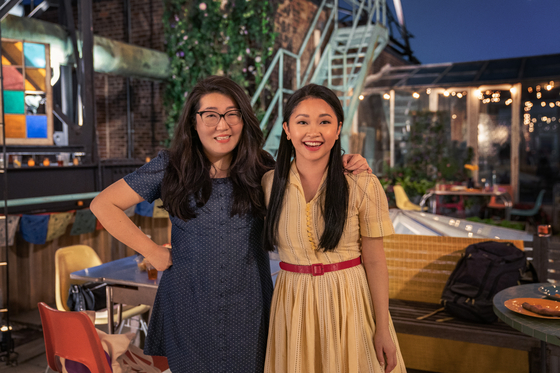 Original writer Jenny Han, left, and Lana Condor on the set of the film. [NETFLIX]


Jenny Han, who was with the cast when the filming took place in Seoul, said her favorite Seoul experience was watching baseball.

“The fried chicken you guys, is unlike anything I’ve ever had,” Condor interrupted. “I’m not a huge baseball watcher but I’m a huge fried chicken eater.”

One of the reasons why “To All the Boys” was so loved globally was that it put an Asian girl as the lead role of a romantic comedy film, in which, throughout Hollywood, those roles were reserved for white, blond-haired actors.

Han, who was reportedly involved in the casting and film production from the beginning, remarked that it was the very fact that Lara Jean was so relatable that made the films successful.

“I think that everybody can see Lara Jean and see something they recognize in themselves with this character,” Han said. “I think that people could connect to her because of her warm heart and her courageous spirit, and I think that is universal... And for both Peter and Lara Jean, they're essentially very good people and you get to spend time with them and be in this really warm world with them, and I think that's what people want, especially today.”

Condor said that she was honored to be part of the change taking place in the industry in Hollywood.

The actor contended that she is definitely seeing the change since “All the Boys” was so well-received across the globe.

“I hope I’m going to see this new world of seeing leads being all different — vastly different human beings and normalizing seeing someone who looks like me in a leading position,” she said. “[Now] studios want to have diverse actors in leading parts. I'm very hopeful for the future and even if I played the smallest of parts in making that change, hopefully giving opportunities to other girls who look like me to become actresses, then I can absolutely sleep well.” 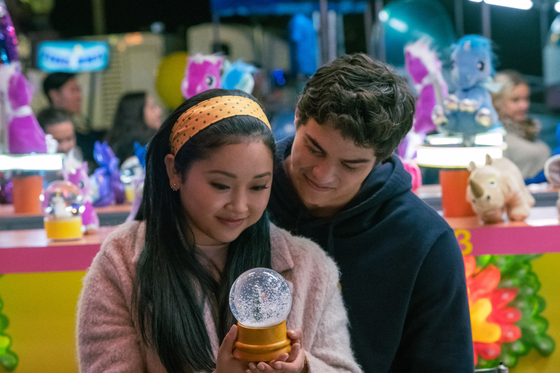 Lana Condor and Noah Centineo bid farewell to their characters Lara Jean and Peter as they wrap up the trilogy of "To All the Boys." [NETFLIX]


When asked what was the driving force that kept Lara and Peter together, Centineo defined their characters’ relationship as a “safe haven” that “you never want to leave.”

“I think with Lara Jean's character, she was very afraid of being in a relationship, but once she found that relationship she felt home,” he analyzed. “And at times, we look for ways even still to get out of it, but between Lana and I, what we dug into real life was just when you find your person, you find your home. You never want to leave that place, you'll fight tooth and nail to stay there and so I think we just poured that into the characters.”

Both Condor and Centineo were sorry to see their characters go with the final installment of “All the Boys,” but both agreed that the ending was more than satisfactory, and hope that the fans of the books and films would feel the same.

“For me, it doesn’t feel like a goodbye [though],” Han said. “I feel the characters will keep living on and people can visit them anytime they want on Netflix.”