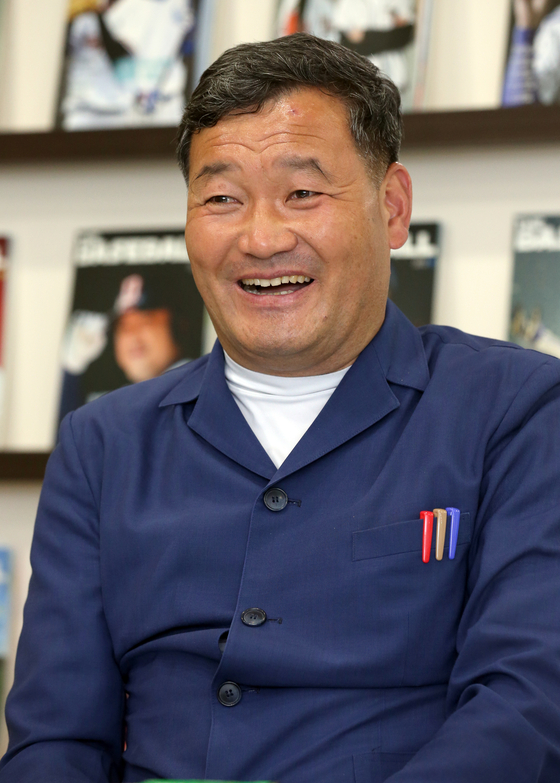 
“There is no way I could have a personal connection with Samsung Electronics or personally know company Vice Chairman Lee Jae-yong. But I had the nerve to personally appeal to President Moon Jae-in in the hope of recovery of the regional economy.”

This is what Oh Kyu-suk, governor of Gijang County, Busan, told the JoongAng Ilbo on Wednesday late afternoon during a phone interview.

On Feb. 1, Oh sent a letter to President Moon Jae-in appealing to the president to grant Lee Jae-yong a pardon. Lee is currently serving a 30-month sentence for bribing former President Park Geun-hye.

“Not only is it facing the coronavirus pandemic, but Korea is now going through an economy war,” the letter read. “In order for a recovery of the regional economy, aggressive investment in rural areas by large domestic companies is urgently needed.”

According to Oh, Gijang County is currently building the South-East Radiation Medical and Scientific Industrial Complex in a 1.48 million-square-meter (15.9 million square foot) site in Jangan-eup and spent 319.7 billion won ($285.9 million) of public funds on it. While Samsung Electronics is not yet a participant in the project, it is the type of company the local government would like to attract.

“I truly respect the decision of the court regarding Lee,” the letter continued. “Please give Samsung Group and Lee a chance so that he can be the first major company to save the regional economy.”

Below are edited excerpts from the phone call with Oh.


Q. Did you really write the letter?

A. Yes. I wrote it, and one of the employees just typed it for me on a computer. I was very desperate at the time.


Q. How did you send the letter?

A. I sent the letter to the National Security Office of the Blue House at about 10 a.m. on Feb. 1. It’s been about two days, but I haven't received an answer from the Blue House. Since there was a press report about me sending the appeal to President Moon, I’ve been receiving encouraging calls from citizens and acquaintances. Most of them said they agree with what I wrote in the letter.

A. Gijang County had been actively discussing the project with many large companies including Samsung Group. The talks are strictly confidential, so I can’t say more.


Q. Then why did you write the letter?

A. The decision on whether to invest or not is made by the head of the company, not business professionals. To be honest, I expect Samsung Electronics to invest large sums of money in Gijang to help its regional economy. So I felt sad about hearing the news about Lee being sentenced to 30 months in prison.


Q. If Lee were granted a special pardon, there would be no direct benefits to Gijang County.

A. I didn’t send the letter just for Gijang County. When the national economy is crumbling, large companies are the ones who can encourage the country. They may start by investing in the Seoul Metropolitan area, but might invest in regions as well when the economy recovers.


Q. Maybe the letter was a publicity stunt?

A. Never. The letter was to show how desperate I am. I keep my county office open until 10 p.m. to hear my residents’ voices. They used to have worries such as looking for jobs, but these days they are worried about how to make a living. I talked with mayors and heads of other counties but the situations are no different.

A long long time ago, the country made soldiers who committed crimes fight in the war as a means of punishment. I sincerely ask for the president to give Lee a chance so that he can take care of the crumbled regional economy.

Happy is as happy does