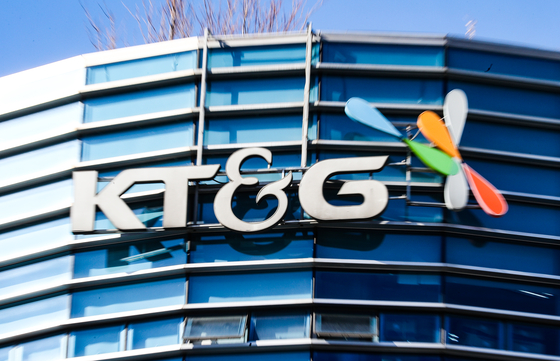 A KT&G branch in Yeongdeungpo in western Seoul. [YONHAP]


KT&G's revenue reported a record 5 trillion won ($4.47 billion) in revenue as it sold 90 billion cigarettes at home and abroad.

KT&G, which is behind the lil heat-not-burn cigarette, posted 1.17 trillion won in consolidated net profit, up 13.1 percent from a year earlier, according to its preliminary report released Thursday. Its fourth-quarter net profit rose 163.4 percent on year to 307.71 billion won.

The company reported a record 5.3 trillion won in consolidated annual revenue last year, up 6.8 percent. Its fourth-quarter revenue was up 11.9 percent compared to the same period a year earlier to 1.34 trillion won.

“Exports to key markets have recovered, and sales in the United States have increased from expanded distribution channels,” said KT&G in a statement.

KT&G’s key markets include the Middle East countries. It exports to 103 countries in total.

Domestically, the company has sold a total of three million lil devices since they were introduced in 2017. Its market share in Korea surpasses 60 percent, but the market share of its e-cigarettes stands at 34.3 percent.

Korea Ginseng Corporation (KGC), a KT&G subsidiary, reported 1.33 trillion won in revenue, down 5 percent on year. Its net profit was down 25.7 percent on year to 109.7 billion won, as duty-free sales declined due to travel restrictions. Its revenue domestically inched down 6.7 percent on year, but its overseas sales rose 11 percent.

“Despite the uncertainties raised by Covid-19, the company has achieved the highest revenue and [operating] profit from growth in cigarette exports and real estate businesses, as well as continued [domination] of the domestic market,” said Baek Bok-in, KT&G president, in a statement, vowing to raise its competitiveness in the global market.