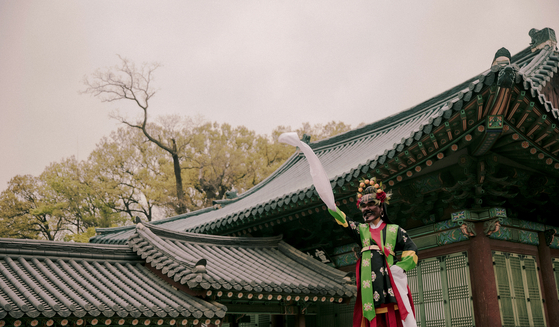 “Donggung - A day of the Crown Prince″ will be screened on Feb. 11. [NATIONAL GUGAK CENTER]


Many Koreans still celebrate the Lunar New Year and see it as the time when families and relatives get together to celebrate the incoming New Year and pay respects to their ancestors. Usually, museums across the country and Seoul’s royal palaces offer an array of traditional events enjoyed during Seollal such as pounding rice cakes to make tteokguk (a soup made with sticky rice cakes called tteok), doing jisinbalgi (stomping on the ground to wish for good luck and prosperity), doing saebae, or bowing respectfully to elders, taking pictures in hanbok (Korean traditional dress) and so on.

However, as the government extended the Level 2.5 social distancing measures which prohibits any gatherings of five or more people, it looks like many are going to miss out on some of the holiday's traditional aspects. (Five or more people including family members that have different residential addresses are not permitted to gather together.)

To make sure people don’t miss out on enjoying cultural heritages of Korea during this four-day Seollal holiday, the National Gugak Center is offering four performances online, one for each day.

On the first day of the holiday on Feb. 11, “Donggung – A day of the Crown Prince,” directed by Seo Jae-hyung, will be screened.

This traditional performance, which tells the story of Crown Prince Hyomeyong (1809-30), premiered last May. Traditional dancers, singers and gugak musicians attempt to portray how this short-lived prince loved the arts, literature and jeongjae (court dance and music). 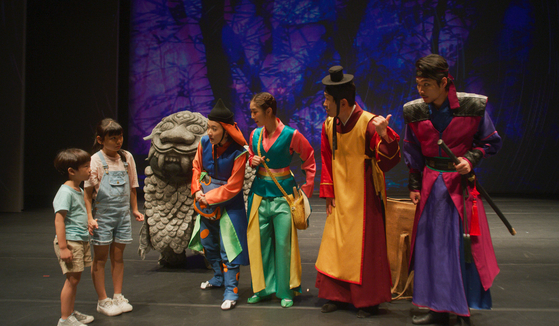 “Kokdu, A Story of Guardian Angels” will be screened on Feb. 12. [NATIONAL GUGAK CENTER]

The tradition of using kokdu, or funerary figurines of Korea, is almost completely lost today, so film director Kim Tae-yong created the performance to portray the funeral traditions of Korea.

The story revolves around a young brother and a sister who fall into the underworld with four kokdu. Together they look for their grandmother’s kkotsin, or flower-imprinted shoes.

“Kokdu, A Story of Guardian Angels” has never been screened other than at the film festivals, according to the National Gugak Center. 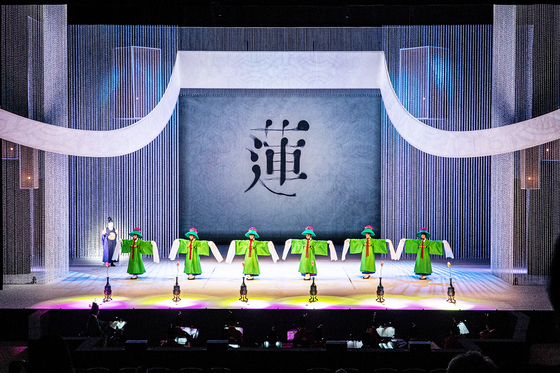 “1828, Yeongyeongdang,” which showcases the 19 kinds of jeongjae (court dance and music), will be screened on Feb. 13. [NATIONAL GUGAK CENTER]


On Feb. 13, “1828, Yeongyeongdang” will be performed. This traditional performance showcases the 19 kinds of jeongjae that Crown Prince Hyomyeong created to celebrate his mother Queen Sunwon’s 40th birthday, which was held at Changdeok Palace’s Yeongyeongdang.

According to the National Gugak Center, the costume and the dance have been produced to make sure they are “close to the original” while “freshness has been added through new musical arrangements.” 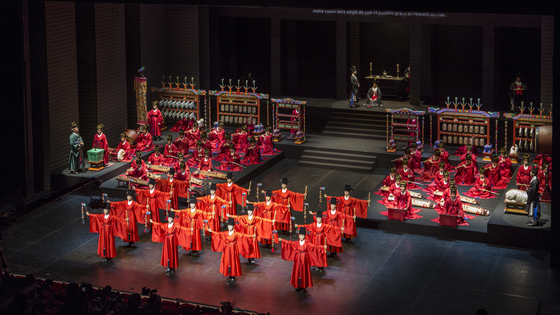 The performance of the Jongmyo Royal Ancestral Ritual, which was screened at the National Theatre of Chaillot in Paris to celebrate the 130th anniversary of diplomatic ties between France and Korea in 2015, will be available online on Feb. 14 for the first time since its first screening. [NATIONAL GUGAK CENTER]


The famous demonstration of Jongmyo Jerye, or Jongmyo Royal Ancestral Ritual and its music will be screened on the final day of the Seollal holiday on Feb. 14. There are many versions of this ritual but the one that was screened at the National Theatre of Chaillot in Paris to celebrate the 130th anniversary of diplomatic ties between France and Korea in 2015 has been chosen for this event.

This grand ancestral ritual and its music is designated as Korea’s Important Intangible Cultural Property and was the first Korean item that was listed on Unesco’s Intangible Heritage of Humanity.

All performances begin at 3 p.m. and can be viewed via the National Gugak Center’s YouTube channel or Naver TV.

“We’ve selected the four best-received performances of the National Gugak Center and these are the works that could not be screened online so far because of copyright issues,” said an official from the center. “Now everything’s sorted out and we are happy to screen them for the first time to the public just in time for the Seollal holiday.”