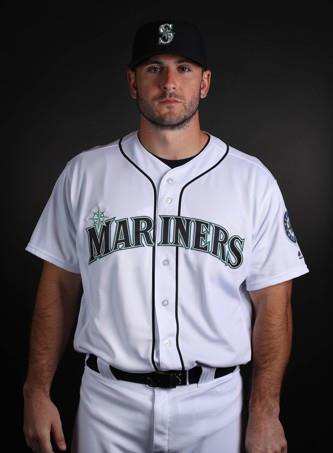 The Heroes announced that the club and Freitas agreed to a one-year contract at $600,000. Of the total contract, Freitas will receive $550,000 in guaranteed salary and $50,000 in incentives.

The Heroes were the only KBO club without a foreign hitter going into spring training, after parting ways with Addison Russell at the end of the 2020 season. With Freitas joining the Heroes, all 30 foreign player positions have now been filled for the start of the 2021 season.

Standing at 1.88 meters (6.17 feet) tall, Freitas is a right-handed player capable of playing at first base and as catcher.

The 31-year-old player was selected for the Washington Nationals in the 15th round of the 2010 MLB draft and made his first major league appearance for the Atlanta Braves in 2017. Since then, he has played for the Seattle Mariners and Milwaukee Brewers.

Across three seasons in the majors, Freitas has appeared in 59 games with a batting average of .200, 25 hits, eight RBIs and one home run.

Starting next week, Freitas will train with other members of his agency PSI Sports Management at a baseball stadium in Arizona, with the Heroes monitoring his condition through training videos received every day. He is unable to join the Heroes for spring training, which has already started, as he still needs to apply for and receive a visa, fly to Korea and go through quarantine.

Freitas will join the team after he serves a 14-day quarantine upon arrival in Korea, with the 2021 KBO season set to begin on April 3. Freitas will presumably join the club for their preseason exhibition games next month.