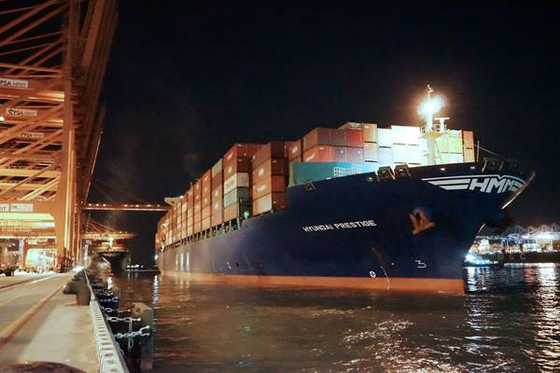 The quantity loaded for container transportation declined 9 percent on year due to the Covid-19, but the increased freight charge for routes connecting Asia and America and Europe helped raise profitability.

Fourth quarter is usually an off-season for the container shipping business, but increased loads for Asia-America routes, and major promotions, like Black Friday, boosted the demand for shipping and drove up prices.

The average Shanghai Containerized Freight Index, a barometer of ocean freight rates, jumped 63.36 percent from 1,209 points in the third quarter to 1,975 points in the fourth quarter.

HMM said uncertainty related to the U.S.-China conflict and Covid-19 is projected to continue, but it will try its best to improve profitability by securing more orders.