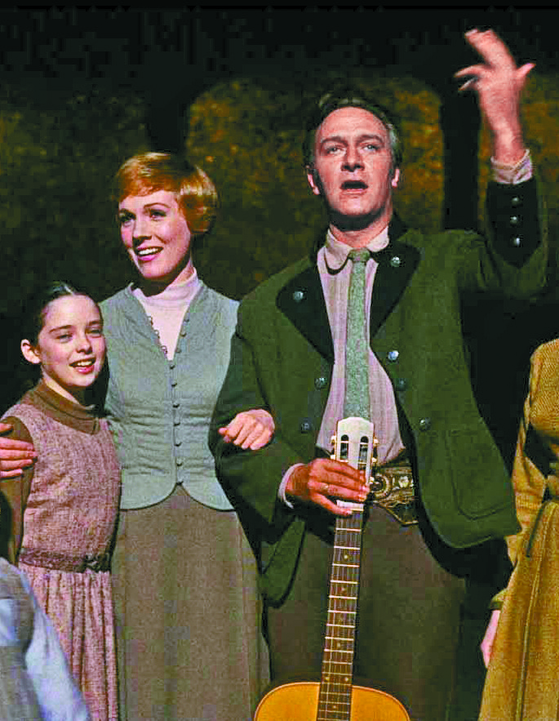 hristopher Plummer, who played the role of Captain von Trapp in the movie “The Sound of Music,” has passed away at age 91. [THE WALT DISNEY COMPANY KOREA]


I take pride in having watched more movies in the theater than my peers when I was younger, thanks to my mother’s thoughtfulness to care about her child’s cultural refinement. Of course, I didn’t get to choose what to watch. My requests to watch Bruce Lee movies were not granted. Instead, her list of selected movies included “The Sound of Music.”

Not many images from the movie remain in my memory, but it must have been a pleasant experience. I didn’t remember the title but liked to mention it as a “singing and dancing” move.

“The Sound of Music” might be the movie with the least number of haters. Just as the movie was originally promoted as entertainment for 3-year-old kids and the elderly alike, it was widely loved. Songs like “Do-Re-Mi,” “My Favorite Things,” “The Lonely Goatherd” and “So Long, Farewell” made the movie popular.

The nature of Austria embraced the singing and dancing and captured the viewers. It is surprising how the movie becomes more alive as time goes by. Artists of various generations from Ariana Grande to Forestella constantly revisit and reinvent the classics.

After actor Christopher Plummer, who played the role of Captain von Trapp, passed away at age 91, the movie is in the spotlight again. While Plummer played main and supporting roles in many movies and won an Academy Award, the audience always remember him as Captain von Trapp. Perhaps because of that, Plummer sometimes made disparaging comments on the movie and his role.

In fact, the spotlight of the movie was mostly on Julie Andrews, who played the role of Maria. However, the glory of the original singer of “Edelweiss” — a masterpiece still featured in music textbooks — goes solely to Plummer. His life ended in the most honorable way.

As we are not sure whether families can meet for the Lunar New Year, how about we watch this movie, which will certainly be aired by some networks, instead and enjoy some valuable family time second-hand through the von Trapp family? Unlike the social elites who are tainted with lies and hypocrisy, “The Sound of Music” doesn’t betray us, no matter when you revisit it.

The Sound of Music Christopher Plummer