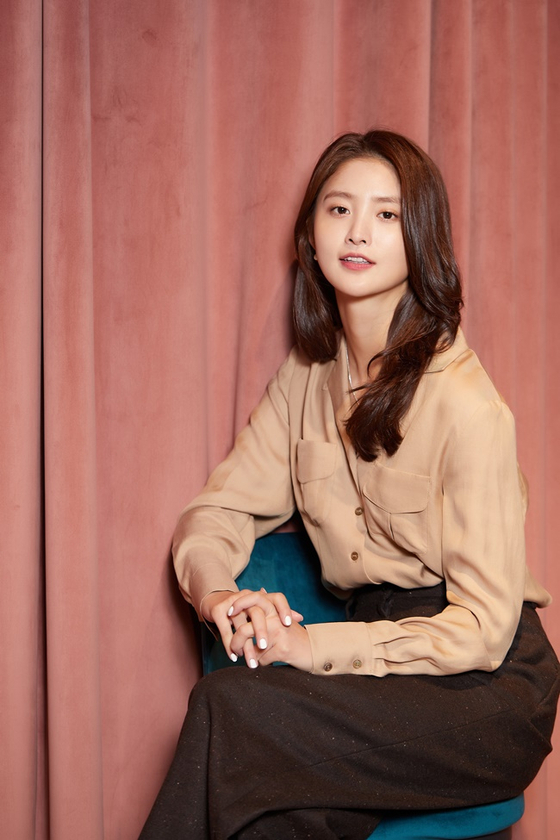 
Junghwa of girl group EXID is back, but this time she's not performing on stage. Instead she's hitting the silver screen in “Dragon Inn Part 2: The Night of the Gods,” which was released in local theaters last week.

The sequel to the movie “Dragon Inn Part 1: The City of Sadness,” which hit screens last year, again sees Junghwa take on the lead role. The movie continues the plot from its prequel, set in a fake Chinese restaurant called Dragon Inn, or Yongrugak in Korean, where problem solvers get together to help those in need.

During an online interview last week, the singer-turned-actor shared what it feels like to now introduce herself as an actor, after all the members of EXID left their agency Banana Culture.

Q. Why did you decide to pursue acting?
A. Since I was nine years old, I had a dream of being an actor. When I worked as a singer, my dream of acting grew more and more, and I wanted to do it right. If I have that desire satiated, then I may consider doing something else later on. But for now, I want to experience a lot of different things. Right now, my biggest goal is to work as an actor. That is what I desire to do and it's all I’m focused on now.


Don’t you want to sing?
I still do love singing. And I also do like working on making music. I also have one composer that I work with. When I start thinking more about making music and singing, then I’ll take on the challenge of becoming a singer again.


Will fans ever see all the EXID members together again?

Of course it's not impossible. We have a home called EXID, the place where we can go back to anytime, in our hearts. I think we will try doing what we want to do separately for now, and then go back home sometime later. For that day to come, when all the members get together and work together, we must put our best efforts into what we are doing now.

What made you want to take this role?

When I auditioned, the character just came to me and spoke to me. I find the character really similar to who I am. I wanted to play the role of a problem solver in an action movie. I did not expect to introduce myself as an actor through a movie, so it is extra meaningful that I can present myself through the big screen. I hope I am never left with any regrets when I look back later on. I really put my best into filming. 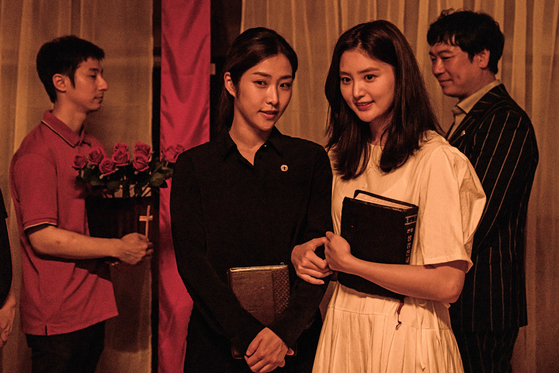 Scenes from the film "Dragon Inn Part 2: The Night of the Gods." [GNOS]


What was the most important thing you discovered through the movie?
That I should make the scars my character had obvious in scenes. She had all this pain inside her, so I wanted to really show that. I tried my best to show why my character ended up having the personality she has now. I was very sensitive whenever I had to show that emotional pipeline to tell the stories from within her.


How do you think the audience will react when they see you on screen?
It is really difficult to be in the audience’s shoes. I just hope many watch the movie and find it fun. I wish one day, I can be more objective about the work I do.


Are you satisfied with your acting?
I’m so regretful. There are just so many things I’m regretful about. I just really wish that all the effort I put in during the filming really shows on the screen. That was the biggest thing I had in my mind as I worked on this movie. Yet, I am not satisfied. The conclusion is that I’m not satisfied with [what’s shown].


Did you talk to the other EXID members about your change in career?

Hani is also working as an actor now with her real name Ahn Hee-yeon. We really talk a lot and meet up with each other often. Because we both started as singers and are now trying to work as actors, we share stories to give each other strength and sympathize with each other. I’m so thankful that we can talk about these things. It’s fun.

Singer Solji to hold her first solo concert next month