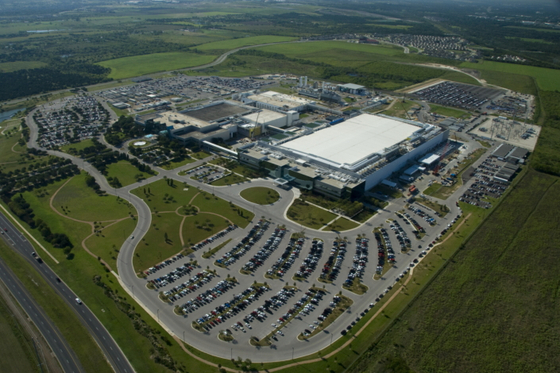 Samsung Electronics has been forced to temporarily shut down its chip factory in Austin, Texas, on Tuesday, as unprecedentedly cold weather leaves 4 million people in the area without electricity.

The chipmaker says the interruption in production will not critically impact its operations.

The factory is the company’s only foundry line in the United States, where it manufactures logic chips from orders placed by external clients.

According to media reports Wednesday, Samsung and other chipmakers in the region, NXP Semiconductors and Infineon Semiconductors, have temporarily shut down on the instruction of Austin Energy, the electricity provider for the city and surrounding areas.

Authorities first reached out to factories in the area earlier on Tuesday, initially asking them to save power before eventually ordering them to halt operations. Samsung deactivated its foundry line at 1 p.m.

“We received prior notice so we were able to make preparations to minimize loss,” said a Samsung spokesman.

“The Austin plant only has one foundry line. There may be opportunity losses during the time operations are halted, but considering its capacity, the shut down is unlikely to impact the entire market and product prices as it would with memory chips.”

There was no prior notice or agreement made on when the factories could restart operations. The weather conditions that caused the blackout are likely to continue this week, with the U.S. National Weather Service having put a winter storm warming into effect for Austin and the surrounding regions until Thursday morning.

Blackouts can be critical for chip plants that run around the clock. Halting and restarting operation incurs substantial costs, adding to the opportunity cost.

A Samsung spokesman, however, said the Austin plant is a different situation compared to the Pyeongtaek blackout, which was totally unexpected.

“Back then, we needed to take appropriate measures after the incident and conduct check-ups, but this time we were notified beforehand,” the spokesman said.

“This means we were able to save unaffected wafers and come up with plans to preserve temperature and humidity in the facility with the lowest electricity possible.”