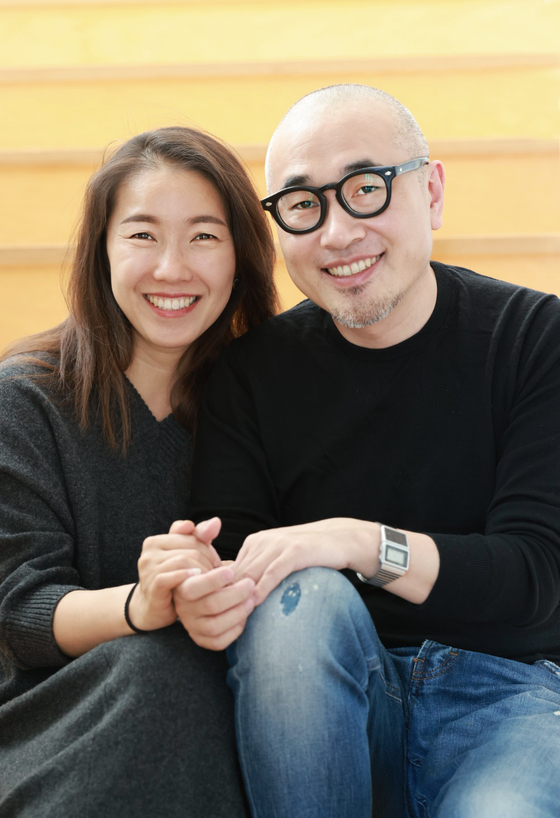 
Kim Bong-jin, founder and CEO of Woowa Brothers, which started the country’s largest food delivery app, Baedal Minjok, is giving away more than half his wealth.

Woowa Brothers announced Thursday that Kim became the first Korean to sign The Giving Pledge, a campaign started in 2010 by 40 billionaires including Microsoft founder Bill Gates and investor Warren Buffett to promote the giving away of more than half of their wealth to charitable causes either during their lives or after they die.

Not everyone can sign a Giving Pledge. To qualify, a person must have a personal net worth of at least $1 billion.

The Giving Pledge administrators went through a thorough process to allow Kim on the list, including an in-depth interview with him, according to Woowa Brothers. The Giving Pledge on Thursday officially announced Kim’s acceptance and posted a statement by him on its website.

“My wife Sul Bo-mi and I hereby pledge that we will return more than half of our wealth to society during our lifetime. Our lovely children, Hanna and Jua have agreed with our decision,” the statement read. “We are certain that this pledge is the greatest inheritance that we could provide for our children.”

According to Kim, who was born in Wando, South Jeolla, in 1976, he was raised in a poor family that could barely afford his art college tuition.

Kim was the first president of the Korea Startup Forum, a non-profit group representing 1,500 start-ups.

“Ten years ago, when I was running a small company of less than 20 employees, I read an article about Bill Gates and Warren Buffett making the pledge and had a wild dream of one day making the pledge myself,” Kim added in his statement. “It is very overwhelming that I am making such a pledge, today.”

In 2017, Kim posted a commitment on Facebook to give away about 10 billion won to charitable causes in three years. By 2020, Kim's donations to many different foundations and charities including the Community Chest of Korea, ChildFund Korea and The Korean Association of Medical Social Workers exceeded 10 billion won, according to Woowa Brothers.

Kim will head a new company called Woowa DH Asia, a 50-50 joint venture, set to open in Singapore that will oversee business in 11 countries in Asia.

No details were provided as to where his money will be going. But Kim and his wife said they aimed to “resolve the issue of educational inequality, support arts and culture, and establish an organization that could help philanthropic institutions in carrying out their work.”

Kim's announcement came about a week after Kim Beom-su, founder of Kakao, revealed a plan to give away half of his wealth -- some 5 trillion won.

Kakao, which was started in 1995, has become a top messaging operator in Korea and expanded into various sectors including games, entertainment and finance.

"I believe it was not an easy decision for a head of company that grew from a start-up to give away half of his wealth to society," said Sung Tae-yoon, who teaches economics at Yonsei University. "Kim Bong-jin's decision itself is something that we all should applaud."

Choi Sung-jin, executive director of the Korea Startup Forum, sees the pledge as a positive motivation for leaders of other Korean start-up and their ecosystem.

“I’ve heard many start-up CEOs being touched by Kim’s decision, expressing their willingness to follow in his footsteps,” Choi said. “The big giveaway could also convey the message that Korea's start-up or tech industry is attuned to social responsibility instead of only being preoccupied with making profit.”

Solving a crisis requires a commitment to transparency