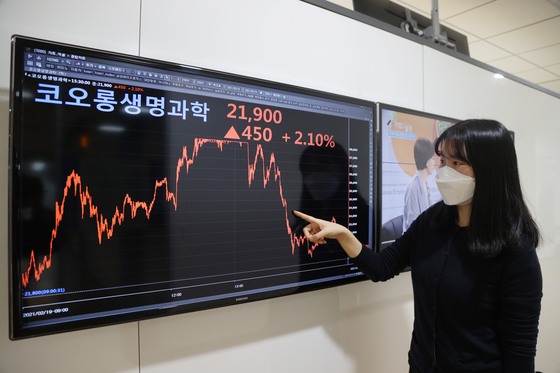 
Two senior executives of Kolon Life Science were found not guilty of intentionally mislabeling an ingredient in the authorization process of Invossa, the controversial gene therapy drug.

This was the first court ruling in a high-profile drug case that has become one of the biggest crises for Korea’s bio pharmaceutical industry and its credibility.

In April 2019, Kolon Life Science announced that one of the ingredients in Invossa was mislabled in submissions to the Ministry of Food and Drug Safety for approval. The omitted substance could cause tumors, civic groups claimed. Invossa’s license was revoked the next month.

In December 2019, Seoul District prosecutors indicted two executives that handled Kolon’s clinical trials and development of bio drugs and in January asked for them to be sent to jail for five years. Other executives were indicted separately.

While the Seoul Central Court acknowledged Friday that some of Kolon’s documents were not accurate, it ruled the two Kolon executives not guilty of the charge of obstruction of public affairs, saying it was the ministry’s duty to thoroughly review them before granting approval.

“According to judicial precedents from the Supreme Court, an administrative office giving authorization solely based on the company’s documents without checking their factual relations cannot be seen as obstruction of public duty [as claimed by the drug ministry],” the court said, adding the drug regulator should have been more rigorous for a matter as important as authorizing a new drug.

One Kolon executive in this case, however, was ruled guilty of offering 2 million won in bribes to a worker at the drug ministry. He was hit with a penalty of 5 million won.

Another major ruling came for Kolon in a different case Friday, as the Seoul Administrative Court turned down the company’s request to restart Invossa sales.

After Invossa’s license was revoked in 2019, Kolon Life Science sued the Ministry of Food and Drug Science in the Administrative Court, asking for a reversal of the decision.

The court ruled Friday the ministry’s move was legitimate.

“While evidence provided [by the ministry] is weak to prove that [Kolon] intentionally omitted information that would have worked against it in the approval process, drug authorizations can have an immediate impact on people’s life and health,” it said.

“Having submitted wrong information on authorization documents is a grave flaw.”