Electronic kiosks are all the rage in contactless Korea

Electronic kiosks are all the rage in contactless Korea 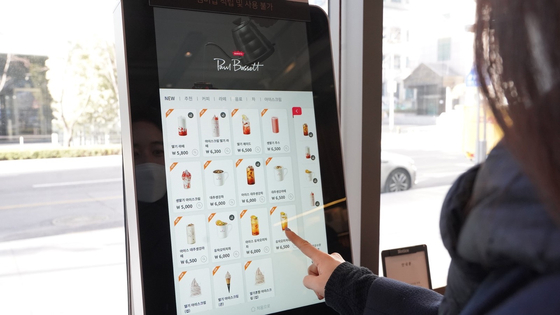 
The domestic market for electronic kiosks has taken off during the coronavirus pandemic, as restaurant and store owners look for contactless alternatives to keep businesses running.

Commonly seen at small restaurants in Korea, electronic kiosks receive orders and take payments, printing out receipts with an order number that customers can later use to pick up their food. For the owner, the system saves on labor costs, while customers save time standing in queues to place orders.

Reducing face-to-face interaction has been a rising consumer trend for the past few years, especially among younger shoppers. But the coronavirus quickly changed contactless services from a choice to a necessity in order to slow the spread of the virus.

As part of that trend, electronic kiosk sales in Korea last year reached 20,000 units, according to industry estimates, from around 10,000 units in 2018. The upward trend is anticipated to continue this year to reach 30,000 units sold.

A major breakthrough for Korea’s electronic kiosk industry started in 2018, when labor costs increased: The legal minimum wage that year jumped 16.3 percent to 7,530 won ($6.80) by the hour. The very next year, the minimum wage rose again by 10.8 percent to 8,350 won an hour.

“Regardless of product or service sold, labor costs take up around 20 percent of a brick-and-mortar operation’s revenue,” said Kwon Kang-soo, a director at the Korea Establishment Realty Agent.

“For people starting their own store, it was natural that their interests were drawn to electronic payment kiosks. Another factor that drove the industry’s growth was that now there’s more ways to pay for the machines in installment plans, via lease programs or loans.”

Korea’s kiosk industry has largely been led by mid-sized companies. Hanasis, I-Tech and BT.One were among the recognized players. They rake in between 10 to 40 billion won in annual revenue.

Conglomerates are now entering the market as well.

Samsung Electronics, for example, introduced the Samsung Kiosk in Korea on Feb. 17 and plans to start sales in other Asian countries and Australia during the year’s first half. The device’s screen is coated with a special film that has a sterilizing effect, the company said. The kiosk uses Samsung Knox, the same software present in its laptops and handsets, to prevent hacking. 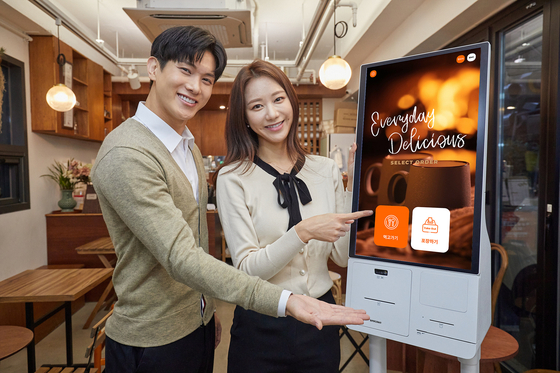 
CJ Olive Networks, the IT solution provider of CJ Group, announced Monday that it would supply a smart store system to coffee chain Paul Bassett. The package includes electronic kiosks and software that allow baristas to share information on customer orders.

Mobile carrier LG U+ has added kiosks to its phone stores as well. The electronic system can be found in more than 30 of its brick-and-mortar branches nationwide. Its functions are tailored to the phone shops, and customers can purchase a mobile plan, activate a new handset or pay network subscription fees.

“The coronavirus has boosted online consumption and non-face-to-face payments, pushing digitization in finance,” said Jun Bae-seung, an analyst at eBest Investment Securities. “The rise of the kiosk market is proof that the paradigm is shifting toward self-payment.”