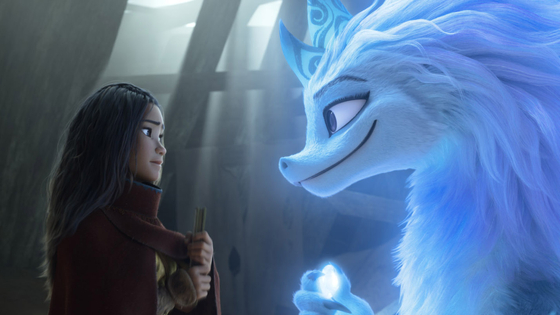 Raya seeks the help of the legendary dragon, Sisu, to help reunite the lands of Kumandra and defeat the Druun, the monsters made up of black and purple clouds that turn people into stone statues. [WALT DISNEY COMPANY KOREA]


Disney’s upcoming animation “Raya and the Last Dragon” comes with a lot of firsts. It’s not only the company’s first work inspired by Southeast Asian culture but also the first-ever animated film which was completely created from the homes of some 450 animators and artists due to the Covid-19 pandemic.

At the center of this process was Korean animator Choi Young-jae, who’s been working at the studio for more than 13 years. Choi is in charge of controlling the characters’ facial muscles, joints and movements. 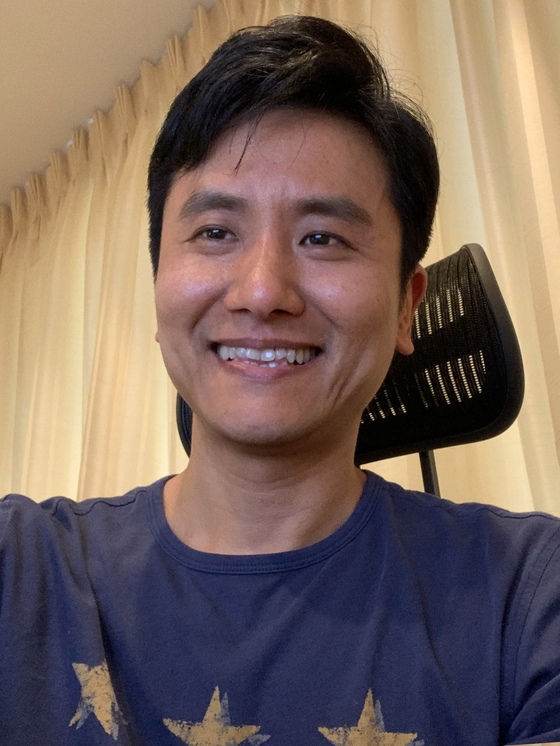 “Raya and the Last Dragon,” set for local release on March 4, centers around warrior princess Raya who spends her childhood roaming around the now-desolate land of Kumandra Kingdom, a fictional land that is based on Southeast Asian cultures, to find Sisu, the last existing dragon. Raya hopes that Sisu can restore peace to the kingdom and defeat the Druun, the monsters made up of black and purple clouds that turn people into stone statues.

To properly convey the cultural elements of Southeast Asia, the story trust team, which is tasked with ensuring the story of a film and the elements that make it up are all authentic, visited countries such as Malaysia, Indonesia, Thailand, Myanmar, Singapore and Vietnam and also invited martial arts experts to the studio so that animators, including Choi, could properly incorporate their movements into the characters.

But then the pandemic hit, and the animators were forced to relocate to their homes to finish the production.

“This is the first Disney animation that I worked on where we had to finish the production at home,” Choi said, adding that this turned out to be the most challenging aspect of this film. “Working from home had its ups and downs. While it was easy to go to work — I just had to take a few steps from my bed — doing overtime at home was tough.

“Another difficulty was communication,” Choi explained. “Usually, if I was working with my colleagues at the studio, I would gather them around my desk and we would discuss, give pointers and critiques about how we were doing. On the other hand, I was able to focus more on the characters and to probe deeper into their characteristics[when I was working from home].”

Choi singled out Raya’s battle scenes as the most memorable in the film, especially her scenes with Namaari, another warrior princess and her once-childhood friend-turned-enemy.

Namaari, the princess of Fang land, becomes suspicious of Raya as she seeks out Sisu. [WALT DISNEY COMPANY KOREA]


“Namaari is equally as tough as Raya, who is another exceptional warrior, living with the burden of taking care of her people,” Choi explained. “Raya [is tough because she] lost her father at a young age and learned to take care of herself and practice martial arts all the while trying to find the last dragon in existence with only Tuk Tuk [her animal companion which is a hybrid of an armadillo and a pill bug] for company.”

Of all the characters Choi’s worked with, he believes that Raya is the toughest one of all.

After losing her father, Raya spends her childhood roaming around the deserted lands in search of Sisu. with only her animal companion Tuk Tuk for company. [WALT DISNEY COMPANY KOREA]


“Raya had the toughest childhood out of all the Disney’s princess characters,” Choi commented. “Maybe in terms of power, she wouldn’t be able to defeat Elsa, but as in regards to martial arts she is the most powerful fighter out of all the princesses.”

Choi’s personal story as an animator, while not as dramatic as Raya's, is pretty interesting nonetheless. He started off as a shoe designer at Esquire and had his first taste of success when shoes that he designed became a hit. But instead of pursuing the path of shoe design, he decided to go to the United States to study computer animation.

“I remember walking and staring at the ground because I was so happy and proud that so many people were wearing my work,” Choi reminisced. “But my girlfriend whom I was dating at the time, said to stop spending time staring at the ground and to look up at the sky. That’s when I realized I was too focused [on my immediate achievement]. I was always interested in studying CGI animation, so at the age of 30 I quit everything and went to the U.S., and I was lucky enough to land a job at Pixar, and then moved to Disney.”

Choi isn’t exactly sure how many Koreans work at the studio, but he reckons the number is around 20.

“There are some last names that I’m pretty sure are Korean, but since we all speak English, I don’t know if they grew up in the U.S. or they are a different nationality altogether,” Choi said.

In regards to the film being released amid the ongoing coronavirus pandemic, the animator feels that the message of “Raya and the Last Dragon” correlates to today's reality.

“'Raya' is a fantasy adventure but it’s also about trust and coexisting harmoniously,” Choi said. “Which, I think, is reminiscent of our current situation. Perhaps the film can throw the question of what the future holds for us at the audience."