Short selling has become a hot potato in the stock market recently as retail investors rise to punish large short sellers, mostly institutional investors, that they claim benefit from their losses.

Most memorable is probably the GameStop case where retail investors flocked together for a buying spree to punish short sellers by increasing the company’s share price.

In the world of stock trading, there are always winners and losers. But is short selling really a medium for large investors to prey upon smaller ones?

In this episode of Shortcut we'll explore what short selling is, why it was banned in Korea and how the government plans to handle it in the near future.

What is short selling?

Why are retail investors so against it?

A number of illegal short-selling cases brought on trauma for many retail investors.

While it's not with all short-selling cases, many individual investors worry that larger investors can manipulate market prices through fake news or fraudulent stock trading activities that make trading of certain stocks active. They also fear the bigger players may benefit secretly from short selling.

In some cases, institutional investors sold shares even without borrowing them through a method called naked short selling, which is illegal in Korea.

As worries grew, retail investors began arguing that short selling is an unfair practice that benefits those with more insider information about the stock market.

Also, it's harder for retail investors to short sell even if they want to.

To short sell, an investor must borrow stocks first. For retail investors, this is difficult because not a lot of stocks are available to them for borrowing as they mostly lack capital and credit compared to larger investors.

As a result, individual investors accounted for a mere 1.1 percent of total short-selling transactions in 2019, according to data from the Korea Exchange.

Retail investors in Korea had even planned a GameStop-like mob 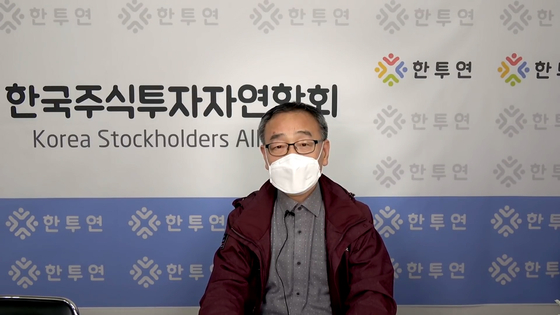 Crowds of retail investors in the United States piled into heavily shorted stocks in a coordinated effort to force short-sellers to get out, effectively turbocharging the rally. They did this to a number of stocks, including GameStop, Tootsie Roll Industries and AMC.

Despite their aggressive announcement, no special movement has been detected in the Korean market so far. And it definitely wasn't as dramatic as the GameStop case. But they tried to show through their announcements that retail investors are strongly against resuming short selling.

Why was short selling banned?

It was banned in March last year as stock markets affected by the first wave of the pandemic tumbled. Many other countries banned short selling as well.

Financial regulators agreed short selling, which bets on the price falls of stocks, could further drive down prices as investors flock to sell.

However, as the market recovered, 12 countries that banned short selling mostly lifted the ban except for Korea and Indonesia.

Will short selling be resumed?


In Korea, the Financial Services Commission, or the FSC, announced in February that the ban will be extended to May 2. From May 3, short selling will begin partially on Kospi 200 and Kosdaq 150 companies.

Despite controversies, short selling could be a way of eliminating bubbles in the stock market, bringing stock prices to a reasonable level.

It is also one of investment strategies used by institutional investors to hedge risks.

Allowing short selling is also one of the criteria when global credit rating agencies like MSCI assess a country’s stock markets.

Short selling is currently allowed in all developed markets and banning it for a long time could drive institutional and foreign investors away from the local stock market, according to analysts, as the Korean market could be unattractive if they cannot involve short selling in their investment strategies.

The FSC referred to recent comments by the International Monetary Fund when announcing the resumption of short selling.

IMF Mission Chief for Korea Andreas Bauer said that while it is important to protect retail investors and have a leveled playing field, “an outright ban on short selling on those grounds is a very blunt instrument to address this concern” warning it could harm market efficiency.