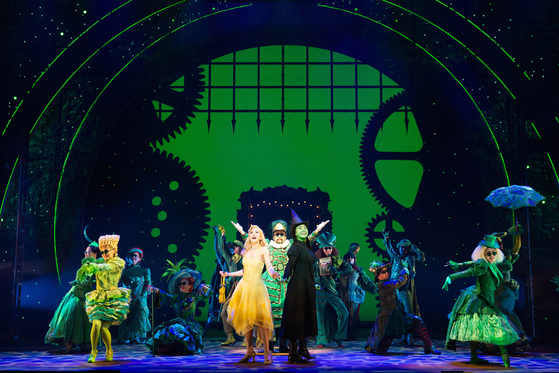 
The 1393 classic "The Wizard of Oz" is a familiar story to most people across the globe, regardless of age and gender. Some say they could even tell this timeless American classic in their sleep.

The story is about a farm girl named Dorothy who dreams of a land "somewhere over the rainbow" and gets swept away in a tornado with her pet dog Toto. The falling house has killed the Wicked Witch of the East, the evil ruler of the Munchkins. Then the Good Witch of the North gives Dorothy the magical silver shoes that once belonged to the Wicked Witch and tells her to follow the yellow brick road to the Emerald City and ask the powerful Wizard of Oz to help her.

Dorothy embarks on a quest with her new friends — the Tin Woodman, the Scarecrow and the Cowardly Lion — to see the Wizard, who agrees to help them if they kill the most powerful: The Wicked Witch of the West. 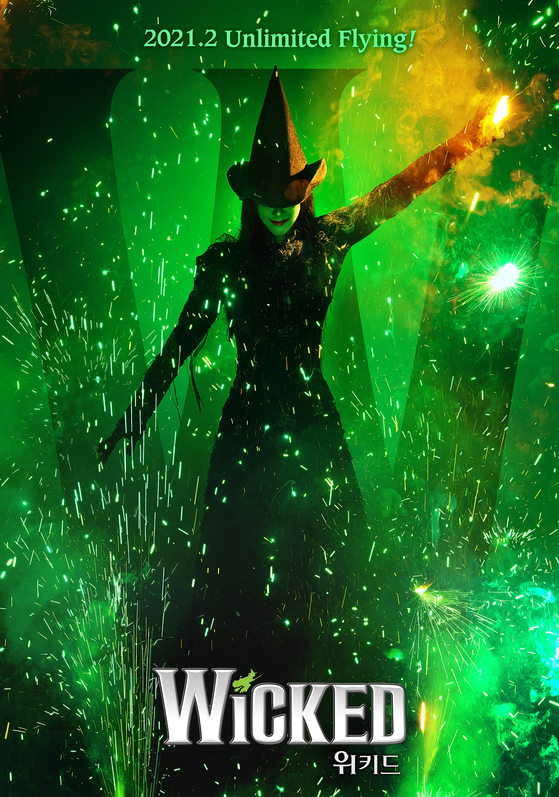 
While the story in itself is fascinating, it does raise endless questions.

"Why would the Wizard ask a little girl to kill the Wicked Witch of the West?"

"Why is the witch of the North a good witch while the witches of the East and West are wicked?"

"Why is the Wicked Witch of the West so obsessed with the silver shoes?"

"Who are the Tin Woodman, the Scarecrow and the Cowardly Lion?"

This fantasy tale stimulated many people's imagination, including Gregory Maguire's, who wrote "Wicked: The Life and Times of the Wicked Witch of the West" in 1990 whilst living in London.

Maguire's tale reimagines the classic Oz story, but focuses more on the previously untold stories, beginning with how the unlikely friendship forms between Elphaba, who later becomes the Wicked Witch of the West, and Glinda, who becomes the Good Witch of the North, at Shiz University as they realize they have to be roommates.

The stage musical adaptation of Maguire's novel "Wicked: The Life and Times of the Wicked Witch of the West" is the popular show "Wicked," which premiered in Broadway in 2003. With music and lyrics by Stephen Schwarts and book by Winnie Holzman, "Wicked" surpassed "Les Misérables " to become Broadway's fifth longest-running show in 2019. It's also the second highest-grossing musical, trailing behind "The Lion King." 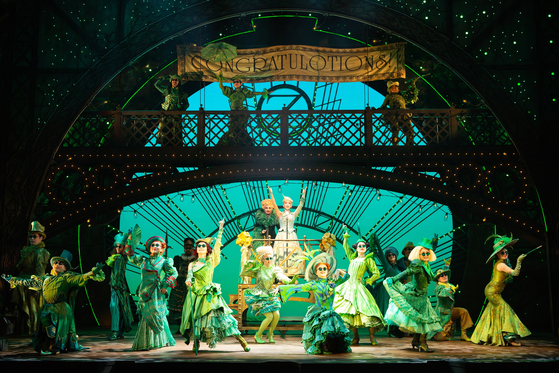 A scene of the Emerald City in "Wicked." [CLIP SERVICE]


The hit musical has recently returned to Korea after five years for a four-month run, and, despite the coronavirus pandemic, it is enjoying sold-out shows at the Blue Square in Hannam-dong, central Seoul.

This third Korean production of the blockbuster hit features veteran musical actors who performed in the show's premiere in 2012, like Oak Joo-hyun and Jeong Sun-ah, as well as new faces such as Son Seung-yeon and Na Ha-na. Oak and Son alternate the green-skinned witch Elphaba while Jeong and Na alternate the bubbly character Glinda.

"When I first played Elphaba back in 2012, I was thrilled to play the role I admired so much," said Oak during a press conference held Feb. 23 at the Blue Square. "But after all these years and now performing in 'Wicked' again, I've realized that the show has a deeper message. It has more to offer than just a visual extravaganza or the popular numbers like 'Popular.'"

Oak referred to the political and social situation when Maguire wrote his novel, saying, "the year when Iraqi troops invaded Kuwait, sparking the Persian Gulf War, Nelson Mandela getting released from prison after over 27 years and East and West Germany getting reunited and Margaret Thatcher resigning as Prime Minister […] With more life experience under my belt, I feel like I can deliver who Elphaba really was, this powerhouse of a student, a political agitator against social oppression and misinformation."

That, according to the Korean production team, is why "Wicked" is a musical that can be "enjoyed by anyone from ages eight to 80 and still be so enchanting for those who watch the show for the first time, the second time and the third time."

Kang Min-sung, a 38-year-old asset manager in Seoul who watched "Wicked" for the first time on Feb. 23, said he didn't "expect the story to be that exciting."

"Wow… I didn't know that she would be… and he would be…," said Kang. "I won't go into details because that would be a spoiler, but there is such an unexpected twist in the story. I am actually a fan of movies, and watching Netflix with a can of beer is my favorite time of day. This show really comes close to that experience. I haven't seen that many musicals, but this was so thrilling and captivating that it was like watching a very gripping film." 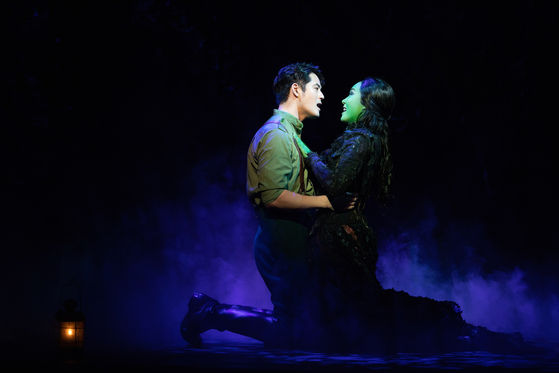 
"Wicked" runs through May 1 at the Blue Square and will travel down to make its premiere in Busan afterwards.

Other cast include Seo Kyung-su and and Jin Tae-hwa, who alternate the role of the Winkie prince Fiyero; veteran actors Nam Kyung-joo and Lee Sang-jun, who play the Wizard and Lee So-yu and Kim Ji-sun play Madame Morrible, the headmistress of Shiz University.