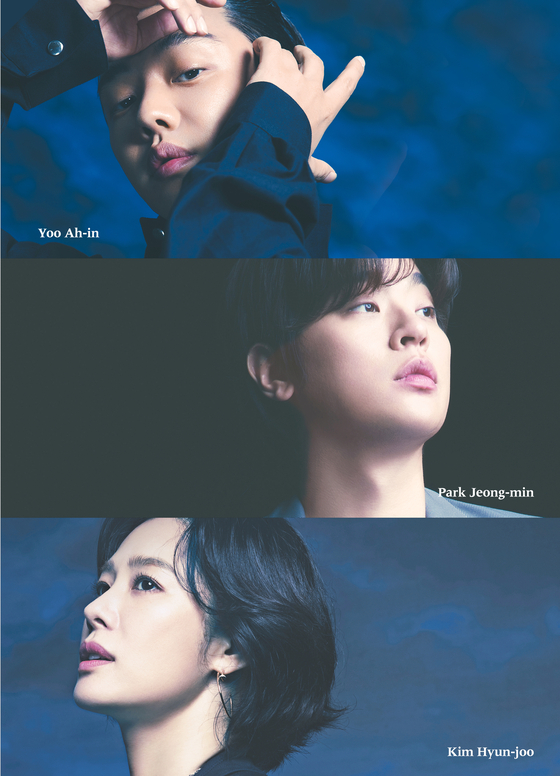 
Some might say director Yeon Sang-ho’s latest creation is even more horrifying than his last.


The man behind hit films "Train to Busan" (2016) and "Peninsula" (2020) once again has audiences across the globe discussing the strange universes that he creates thanks to his latest series “Hellbound.”

In "Hellbound," Seoul is turned upside down when a floating entity with a horrifying face begins to confront people, notifying them of the exact date and time of their deaths. The condemned are also informed that they are bound for hell.

Fanatics use this opportunity to create a cult called the "New Truth," which preaches that this supernatural phenomenon is actually divine judgement and tries to take control of society.

The director uses the cast to depict different types of people and how they react to and deal with being faced with the devastating reality they are suddenly faced with.

At the heart of the "Hellbound" universe lie three characters — Min Hye-jin, a lawyer who firmly believes that the world can become a fair and just place if citizens abide by the judicial system, Jung Jin-su, the leader of “New Truth” who preaches that this supernatural phenomenon is a result of people's sins and it a signal from God to repent and live better lives, and Bae Young-jae, a television producer whose newborn baby recieves a "notice" that he will die in three days. The characters are portrayed by actors Kim Hyun-joo, Yoo Ah-in and Park Jeong-min, respectively.

In press interviews last week, the actors shared how they interpreted their characters and the difficulties they faced portraying them. The following are edited excerpts from the series of interviews.

Q. How did you shape your characters?


A. Kim: I get that Min Hye-jin is a lawyer and she strives for justice, but I didn’t think of her as the most ideal person in the world. I believe that “Hellbound” depicts various types of humanity when they are swept up in the most extreme forms of fear. All of the people in the story, in their own way, express their weakness and Min Hye-jin is also one of them. Nonetheless she tries to maintain her humanity. So I thought there wouldn’t be any room for change if, throughout the first three episodes, I configure her to be this strong person. What doesn’t change throughout the narrative is that she stands on the side of the weak and tries to help them. But in the first half of the series she believes in rationality, the power of law and fights within the borders of the judicial system. But during the latter half she does things in the shade, outside of the law. So if I were to effectively show this transition, I had to show a weak side of her too.

Yoo: I didn’t think of Jung Jin-su as someone who was either good or evil. I focused on the mental state of a human who encounters a supernatural phenomenon and lives another 20 years without anyone understanding him. The keywords to describe Jin-su that I thought of were loneliness and solitude. Although everyone knows that they will die someday, Jin-su’s secret is more isolating because he knows exactly how he will die and has to live everyday with that knowledge. But his craving for empathy, for someone to understand him, manifests itself in a twisted manner. It’s as if a very lonely person wants others to feel the same kind of emotions that they feel; as if a creator of a story wants the audience to discover and feel the same things that they did when they created the story.

Park: Although Bae Young-jae is a producer at a broadcasting company, he doesn’t really think that what is happening in the world is related to him, including the "New Truth." He only makes a documentary about the New Truth because his boss orders him to. At first he was a bystander and an observer but when that kind of a person is suddenly at the center of an incident, how would he feel, how would he act? It was very difficult to portray his character, especially after his baby was given the notice. Although I’m neither married nor have a child, I tried to approach the character thinking of my family, and imagined how I would feel if one of my family members were put in the same situation. The most difficult scenes were the ones I did in the car alone. Acting alone has always been difficult for me. 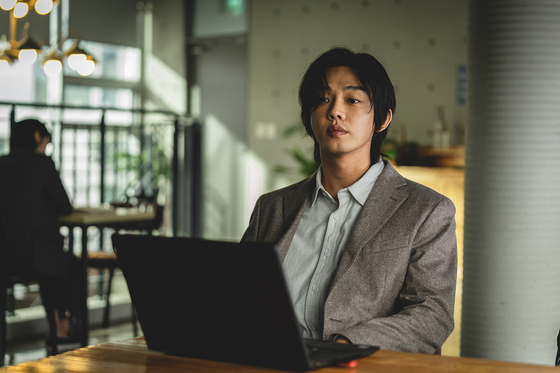 Actor Yoo Ah-in as Jung Jin-su in "Hellbound." Jung is the founder of a religious cult called "New Truth" which preaches that the supernatural phenomenom happening in Seoul is God's divine judgement.


What did you think of the ending? If there is a second season, how do you think the story will continue?


Kim: I kept asking Yeon about this and why would [Bae Young-jae's] baby survive, but as I was carrying the baby to safety, it felt like I was not only saving this baby but also saving the world. Of course, the ones who made the ultimate sacrifice were the baby's parents, but I also survived and made sure that their sacrifice does not go to waste. I felt like I was hugging humanity’s last hope. I did joke that I might raise the baby, but we really haven’t discussed anything.

Yoo: For the second season, I hope a completely new world, a third world that is neither heaven or hell, appears. I wondered what would happen if this “hell” that people were so afraid of was actually part of a four-dimensional world that no one knew about. And I really hope that like the character of Park Jung-ja, Jin-su will also be resurrected. I wonder what these resurrected beings will do to this world.

Park: So our baby survives, and the impression that I felt was that perhaps the biggest form of love in the world is the paternal love for a child. In that moment [when the executors arrive to kill the baby], in the midst of all the ugliness of people’s greed, blind faith and chaos, what was the most powerful of all was that love. I think that was how the baby was able to survive.

[And] when I saw the resurrection of Park Jung-ja, I excitedly asked the director whether I would be resurrected too, but he jokingly said that it wasn’t going to happen. I mean, nothing has been decided for sure, so I hope Young-jae comes back. I hope he comes back to the world with So-hyun [his wife] and sees the world that their child has played a crucial part on changing. I even suggested that since the baby would look like me that I could actually play him. 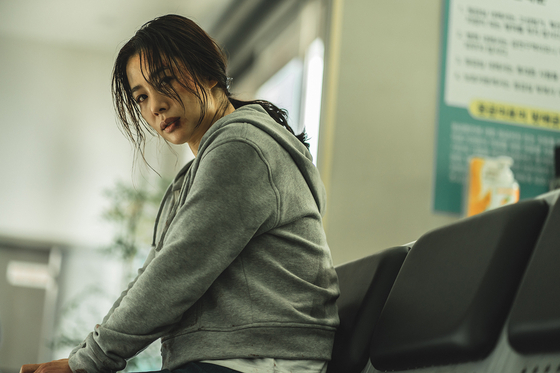 Actor Kim Hyun-joo as lawyer Min Hye-jin in "Hellbound," who initially believes that the judicial system is the key to creating a fair and just society. [NETFLIX]


If you were faced with a supernatural phenomenon like in the series, what do you think your reaction would be?


Kim: Personally, I’m a solitary person. I like doing things alone. I like to exercise alone and drink alone. I get awkward and it’s difficult for me to do things with others. The advantage of this sort of personality is that I don’t really get swept up by external factors. So even if the New Truth was roaming the world, I think I would just disregard them. I only believe in things that I see and hear. If I was given the notice though, I think I would quietly face my death, alone.


Yoo: Whether I got to live for 20 more years, 10 years or even just a year, I would just want to live a more fulfilled life. I want to be more resolute, to boldly try out new things, fail, and then challenge myself again. I feel that I’ve become more withdrawn and more hesitant to take risks. I thought such day would never come, but it came, and I don’t really find it welcoming. I’m thinking about what's next and what would make my career as an actor more secure and more lasting. In the past, I was able to live more courageously because I always lived with the notion that “I don’t care if I die.” But now I want to grow more as a human being by more relentlessly throwing myself into challenges and not being a person who plays it safe because we only get to live this life once.

Park: If I were put in the universe of “Hellbound” and I was given a notice, I think I would have just killed myself before it actually happens. I think it would be too hard to live through that. 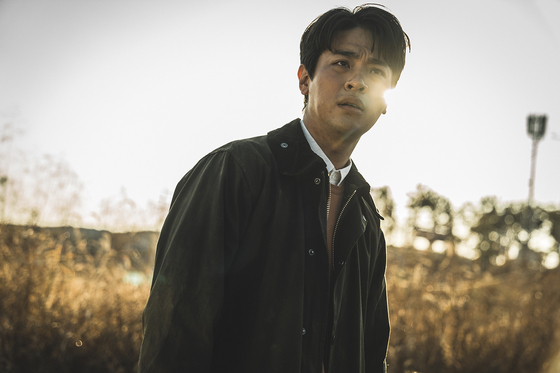 Actor Park Jeong-min as Bae Young-jae, whose life turns upside down when his child is given a "notice" that it will be taken to hell. [NETFLIX]


“Hellbound” hit No. 1 on Netflix’s list of Top 10 TV shows a day after its release. What have been some memorable responses or feedback to the series that you've heard?


Kim: I don’t really read the responses [on the internet] so I just hear things from my acquaintances and mostly they’ve all told me good things. One funny story that I’ve heard is that she [a friend] went to an oriental medical clinic and the next patient that [the nurse] called out on the waiting list was Park Jung-ja. So she was like, “What? Park Jung-ja?” and that’s when it hit her that she was so immersed in this “Hellbound” universe.

Yoo: Within Korea, I heard some say that this is the best acting that I’ve done in my career. This role hasn’t been an easy one for me but I wanted to overcome my limitations and I deeply appreciate that people applauded me for that. As for reactions from overseas, I was surprised that people already knew me and some said that they could “trust” the projects that I appear in because they are good. I really liked that and it just made me more confident that I should keep persistently pursuing my career as an actor.

Park: I haven’t received that much feedback because I don’t really keep in contact with my friends, but my high school teacher one day contacted me and praised my performance. It’s still amazing to see comments in foreign languages on Instagram or on YouTube clips. But I am curious about how they saw and interpreted my character. I saw one YouTuber in his livestream say that especially regarding my performance, there was a lot of nuance and dialogue that would be difficult for people to comprehend unless they’re native Korean.