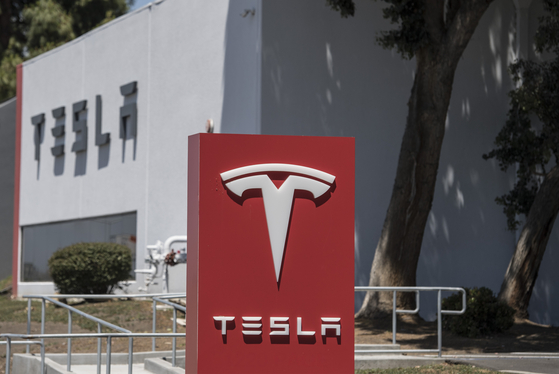 A total of 2.94 million EVs -- which includes pure-electric, plug-in hybrid and fuel cell cars -- were sold last year, according to data released by the Korean Automobile Manufacturers Association (KAMA) on Thursday.

Cars of all type recorded a 13.7 percent year-on-year sales drop last year, 80.9 million units compared to 93.7 million the year before.
Tesla was still at the top of the EV game and Chinese EV market was the biggest. 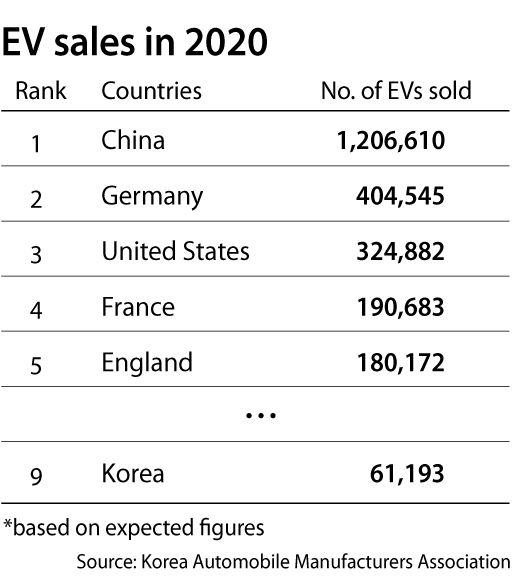 By country, China was the biggest market, absorbing 40.1 percent of all EVs sold last year. A total of 1.2 million EVs were sold in the country, a 14.7 percent year-on-year increase.

Germany was second with 404,545 units, a whopping 278.7 percent year-on-year jump, thanks to expanded state subsidies for EV purchases last year. France and Italy also upped their subsidies and sales expanded by 177.8 in France and 251.3 percent in Italy.

By manufacturers, Tesla sold 442,334 units last year, rising 45.1 percent from the previous year and accounting for 15 percent of the global EV market.

Volkswagen Group which includes Porsche, Audi and Volkswagen came in second selling 381,406 units, accounting for 13 percent of the market. With the launches of Volkswagen’s ID.3 and premium models like the Audi e-tron and Porsche Taycan, the German auto giant was able to post 211.1 percent yearly growth.

General Motors (GM) Group came in third with 221,116 units. The Hongguang Mini, which GM launched in China last year through a joint venture with SAIC Motor and Wuling, propelled the growth.

By model, Tesla’s Model 3 was the most popular EV model last year, accounting for 16.6 percent of the market. Wuling’s Hongguang Mini came in second with 6 percent market share. Renault’s Zoe and Tesla’s Model Y claimed the third and fourth spots.

“The EV market in 2020 relied on state subsidies and incentives aimed at overcoming Covid-19,” said Jung Man-ki, chairman of KAMA, in a statement.

“As much as EVs still lack competitiveness over internal combustion engines, expansions of subsidies and charging infrastructure are necessary.”