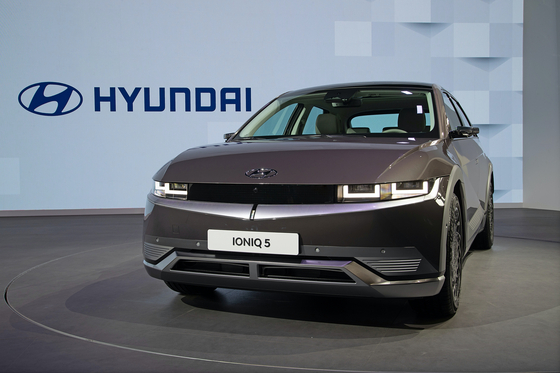 Hyundai Motor was picked as the preferred electric vehicle (EV) manufacturer in Korea, followed by Tesla, according to a survey done by xEV Trend Korea 2021.

xEV Trend Korea is an annual exhibition dedicated to the EV industry. All sectors participate from auto manufacturers and parts makers to charging infrastructure operators and companies offering various related services. This is the exhibition's fourth year since its launch in 2018.

According to the survey of 1,467 adults from April 19 to May 14, Hyundai Motor was the preferred EV brand according to 36 percent of respondents. Tesla came in second with 31 percent, followed by Kia, Porsche and Mercedes-Benz.

“Hyundai Motor’s popularity seemed to have derived from the launch of the Ioniq 5 and the Ioniq 6, which is slated to launch in Korea next year,” the operation bureau of the exhibition said in a release Thursday. 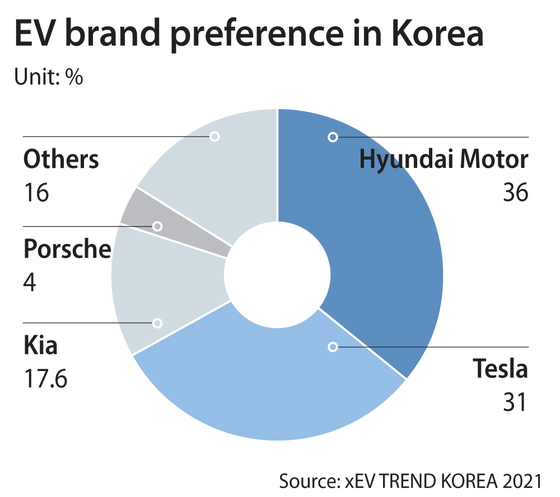 “Last year, those who wanted an EV in a price range between 50 million and 80 million won were at 7 percent. The higher figure indicates that people are gradually wanting more high-end EV models,” the release said.

Korea's EV market is still dominated by Tesla with its flagship Model 3 selling 3,265 units this year as of April, according to data from CarIsYou. Porsche's Taycan came in second with 496 units and Mercedes-Benz's EQC third with 242 units.

Hyundai Motor's Ioniq 5 caused a splash after its launch early this year, and chalked up 40,000 orders. Due to shortages of auto semiconductors and other key components such as electric motors, however, deliveries have been delayed. Only 100 units of the Ioniq 5 have been delivered so far.