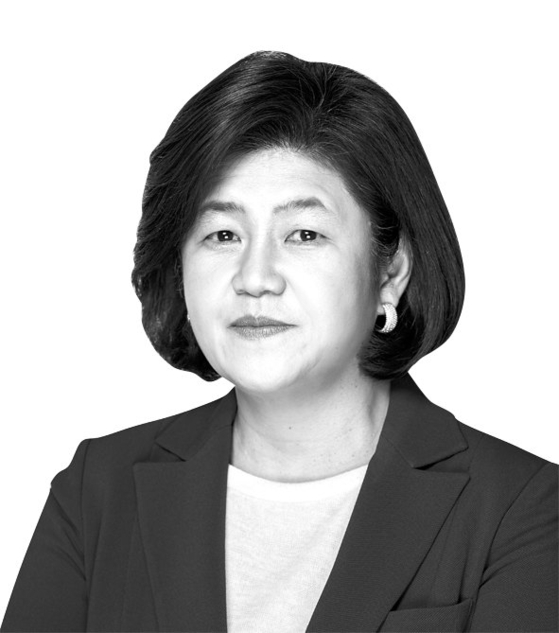 The author is a senior editorial writer of the JoongAng Ilbo.


A special act to fast-track construction of a new airport on Gadeok Island off the southern port city of Busan passed the 300-member National Assembly with the approval of 181 votes on Feb. 26. This legislation should go down in history as the worst example of rubber-stamping an elephantine pork-barrel project, and doing so with record speed: just 92 days after the bill was proposed. Lawmakers grumbled that sewage work in a village could not have been so poorly reviewed — as they cast votes of approval. There could not have been a sadder farce.

The usually warring parties came together on this controversial bill because they shared a common goal: to win the April 7 mayoral by-election in Busan. They more or less colluded in victimizing the public interest for selfish gains. They have betrayed all legislative ethics and the Constitution, which demands elected officials put public interests first.

The lawmakers flag their elected power to justify their greedy pursuits and incongruities. Just because they have been elected to office, they are not granted invincible powers. They are assigned to their positions temporarily by voters, positions that can be stripped from them upon a change of mind by their voters. But the legislature in Korea is denying the public its constitutional rights. Voters have no other means than waiting for four years to pass verdicts on their lawmakers for their wrongdoings.

The legislature has the right to impeach the executive power, the president. It has used that power on former presidents Roh Moo-hyun and Park Geun-hye. But there is no mechanism to push out a lawmaker during his or her term. That is an outright power abuse by legislators who command lawmaking authority. Korean politics remain in a wretched underdeveloped state as lawmakers do not fear voters once they join the Assembly.

Stagnant water rots. Their rights to legislation have become not only a tool to ensure the interests of a mega party with 180 seats but also a shield to protect the president.

A law aimed at creating a new investigative agency on corruption of senior government employees passed on Dec. 30, 2019 — two and half years after the launch of the liberal Moon Jae-in administration. The passage of the bill was followed by a revised election law that enabled multiple satellite splinter parties to be established under major parties ahead of the April 15 parliamentary elections last year. Although the new investigative agency was named the Corruption Investigation Office for High-ranking Officials (CIO), it does not have the authority to indict the president, his relatives, or lawmakers. How can the CIO take up cases against them if it does not have a power to indict them? 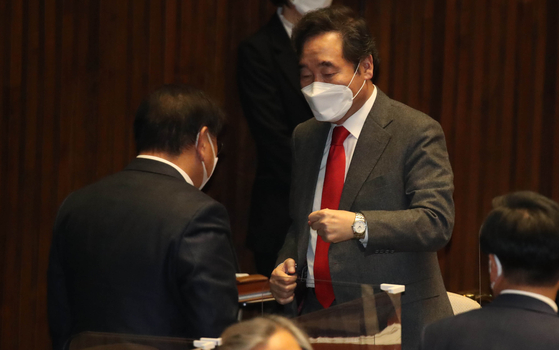 Rep. Lee Nak-yon, right, former chairman of the ruling Democratic Party (DP) and a contender in the next presidential election, celebrate the passage in December of a bill aimed at banning sending propaganda leaflets and other materials to North Korea with the DP’s floor leader Kim Taenyeon. [OH JONG-TAEK]


In January 2020, the legislature passed an act aimed at redistributing investigative authority between the prosecution and the police to empower the police at the expense of the prosecution. The ruling Democratic Party (DP) went further to weaken the top law enforcement agency by breaking up the prosecution’s power to investigate and indict and proposed another investigative agency authorized to look into six major types of crimes, including elections. The legislature led by the dominant ruling party is bulldozing many important changed into our system.

The abuse of legislative power by the DP to defend wrongdoers in inner circles, purge its opponents, and win elections with whatever means is a disgrace. The lists are endless. A law mandating a year-long ban on judges and prosecutors from running for office, though the general limit is 90 days for other government employees, only to prevent former Prosecutor General Yoon Seok-youl from running for president next year, a law to criminalize any behavior or remarks discrediting the Gwangju Democratization Movement, a law prohibiting the dispatch of anti-North Korea leaflets across the border, and the impeachment of a sitting judge all have been designed to meet the political needs of the DP. Such outrageous laws could not have been enacted by a normal legislature.

The fallout from arbitrary lawmaking has been amplified with the investigation over the scandalous speculative activities by employees of Korea Land and Housing Corporation. The investigation has stumbled from the beginning because it excluded the prosecution as a result of the government’s redistribution of investigative rights between the prosecution and the police. Could the mess created by the DP-led legislature be any less than the power abuses by the former Park Geun-hye administration and the judiciary?

Top officials under President Park paid a dear price for their abuse of power. But the legislature’s abuse of power is under way without any restraint. We must put the fish market in the hands of greedy cats. We must net out ugly dealmakers in the National Assembly through a recall on lawmakers. People must raise their voices to demand the right to recall and remove unsuitable players from the legislature.

Not Hong Kong as we know it (KOR)