JANG JOO-YOUNG
The author is an EYE team reporter of the JoongAng Ilbo.

Nike’s North American head Ann Hebert recently lost her job after it was reported than her 19-year-old son Joe was running WCS, a reseller of limited-edition footwear. Over the controversy involving his mother’s expertise, Joe claimed that he did not use insider information. Nike also said that Ann had disclosed the start-up in 2018 and there was no conflict of interest. However, public opinion was harsh, and Ann left the company after 25 years. 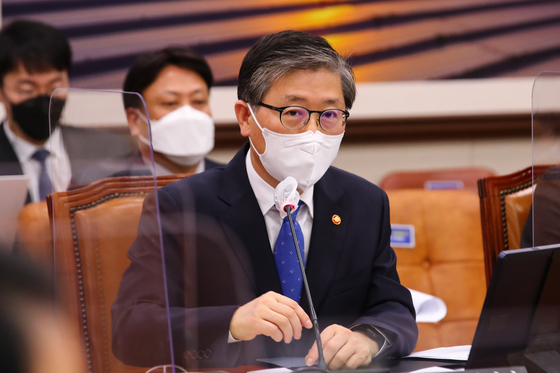 In fact, conflicts of interest have become an important issue in many areas. Some large securities companies review accounts and transactions of spouses and minor children of employees with their approval to make sure information acquired at workplaces is not used in their investments. In academia, it has become universally acknowledged that scholars disclose receiving research funds or help from related companies when publishing a paper. Even if the research is not distorted, readers should take the relationship into account.

But there’s a place where conflict of interests didn’t matter. The Korea Land and Housing Corporation (LH) is getting the most attention since it was founded in 2010. Some LH employees used their names as well as their spouses’ and relatives’ to buy land to be included in the New Town projects and even planted seeds to profit more from the LH. If they didn’t use insider information, the only explanation is that multiple employees suddenly acquired the power to foresee the future.

Their responses over the controversy illustrate the internal atmosphere. One wrote online, “Is there a law banning LH employees from investing in real estate?” A message was sent between employees, “Even if I get fired, I’ve made more money from that land than a life-long salary.”

An employee even wrote anonymously, “It will be forgotten about in a month or two.” They don’t care about conflict of interest, but they share connections among themselves. That could be called a sharing of interests.