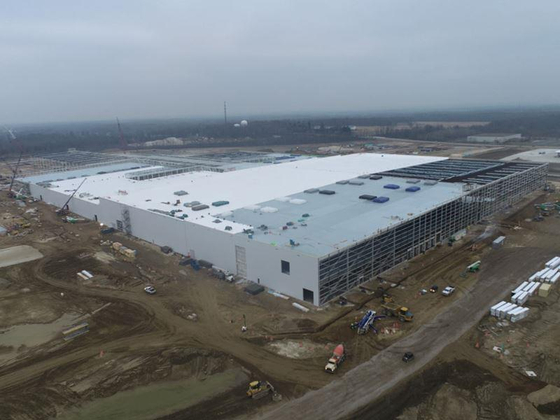 It will also separately build a second battery factory with General Motors (GM), with details to be announced within the first half of this year in order to further expand its partnership with the U.S. auto giant.

The Korean battery company will also make cylinder-type batteries in the United States to meet increasing demand from electric vehicle (EV) makers that use the battery type represented by Tesla and Lucid Motors, both of which are clients of LG.

Until now, cylindrical batteries have only been made in LG's plants in Ochang, North Chungcheong and Nanjing, China.

LG Energy Solution said it will shortlist possible locations for the new factories within the first half.

“[The latest investment] will lead LG Energy Solution to preemptively secure battery manufacturing capacity and build a stable supply chain in the United States with local R&D and production,” Kim Jong-hyun, CEO of LG Energy Solution, said in a statement.

“LG Energy Solution will contribute to the U.S. Green New Deal initiative as the best partner of U.S. electric vehicles and ESS market.”

The commission sided with LG in February, but it could be overturned if the U.S. President vetoes the ruling within 60 days of the decision.

SK Innovation has been emphasizing its contribution to the U.S. administration’s green initiative with its promised $2.6 billion investment in Georgia, expected to make 2,600 permanent jobs.

LG Energy Solution, which has taken a conservative approach to U.S. investment in the past, has just trumped the SK Innovation plan.

LG currently has a production plant in Michigan that is able to produce 5 GWh battery capacity and is building a $2.3 billion battery factory in Ohio through a 50-50 joint venture with GM that has 35 GWh capacity, expected to be completed by 2022.

The second plant with GM is expected to be a similar size to the first, according to LG.