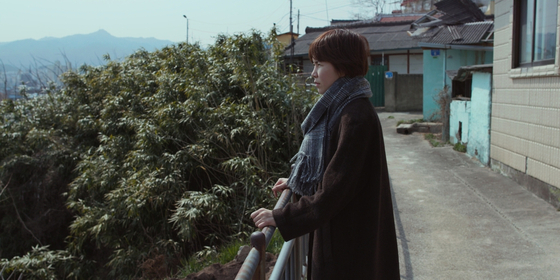 A scene from the film “The Train Passed By," one of the contenders in the Korean Competition category for this year's JIFF. [JIFF]


The Jeonju International Film Festival (JIFF) organizing committee announced on Friday a list of 10 films in the Korean Competition section for the upcoming festival.

Films such as Jung Jae-ik and Seo Tae-soo’s “Awoke,” Ryu Hyung-seok’s “Corydoras” and Byun Gyu-ri’s “Coming to you” are films on the list about social minorities.

They dive into problems related to welfare policies for the disabled and tell the story of a sexual minority and their parents.

Hong Sung-eun’s “Aloners” depicts the story of a person living alone, Hur Jung-jae’s “First Child” tells of the social obstacles and prejudices that an average Korean woman faces in society, Hwang Jun-ha’s “Influenza” describes a nurses’ society and Kam Jeong-won’s “The Train Passed By” unfolds a tale of an industrial accident.

Lee Jung-gon’s “Not Out,” Woo Kyeng-hee’s “Nineteen” and Lee Jae-eun and Lim Ji-sun’s “Kim Min-young of Reportcard” each depict the lives of youth today.

“This year’s films are reflecting the social issues that have been foregrounded by the pandemic,” commented Moon Seok, a festival programmer. “I would like to express my gratitude to everyone who made and submitted their works to the Jeonju IFF despite the difficulties of the pandemic.”