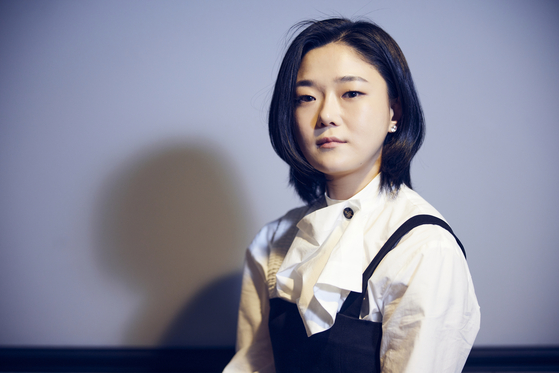 
In the upcoming film “Fighter,” set to premiere this Thursday, the protagonist Jin-ah faces numerous obstacles — she is a North Korean defector trying to settle in a new society, a woman without a family trying to make ends meet and a daughter trying to rebuild a relationship with her mother who left her and started a new family in South Korea. She faces these battles while simultaneously pursuing her dream of making it as a professional boxer.

Jin-ah bears this load with surprising integrity and stubbornness, leading the audience to instinctively realize from the very beginning of the film that she is not the kind to break down easily.

Actor Lim Seong-mi who portrayed Jin-ah emitted a similar composure and innate strength during an interview with the Korea JoongAng Daily on Wednesday.

Perhaps it was why she landed the role after just 30 minutes of meeting with director Yun Jéro.

“I wanted this role because it was a female-centered narrative which used boxing as its subject material,” Lim said. “There was anticipation that if I could do this role, I would be able to progress forward — it was a challenge but I wanted to exceed expectations. 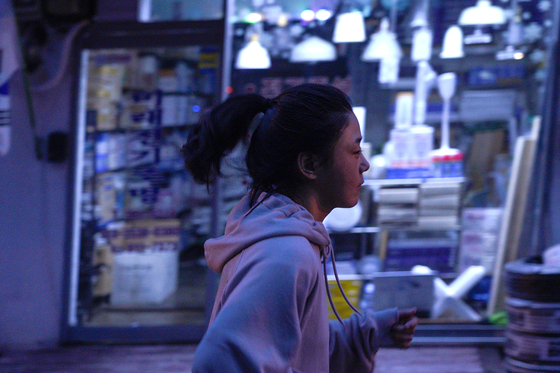 Jin-ah (portrayed by Lim Seong-mi) starts jogging every morning as she prepares to debut as a professional boxer. [INDIESTORY]


“But when I arrived at the meeting place, I went with the mindset that I was getting to know a colleague rather than as an actor [attempting to please] the director [so that I would be cast],” she said. “Personally, I get really awkward around people that I'm meeting for the first time. So I wanted the situation to be comfortable: I had a purpose, a character that I wanted to try out for, and so I tried to appeal to the director without pressuring him and without feeling all tensed up.”

Lim had a little less than two months to get in shape for the role. Her everyday routine after she was cast involved jogging around her neighborhood in the morning before heading to the gym where she would train for about two and a half hours.

“What I learned was that boxing is both a personal and psychological sport,” the actor said. “It’s personal because although the movements are very simple, you need time for them to become completely internalized in your body. Only then you can move on to the next step. Another aspect of training [that I thought was unique] was when the coach had me put on full gear and spar while looking in the mirror. [He instructed] me to look into my eyes [in the mirror]. At first, it was very awkward and embarrassing, but I learned that the reason why I was doing this was to intimidate my opponent [with my gaze]. It’s an actual method to reduce the time in the rounds. The actual match is more than just about how much you practiced: It’s also about reading your opponent’s emotional state. “

The actor didn’t realize how much effort she’d put into the role until she saw the complete film.

“Back then it was before I could distance myself [from the film],” Lim said. “As an actor, for every scene you remember every step of the process behind it. I remember that I practiced jump rope really hard for a month and a half because I wanted to seem like an experienced athlete. But we only shot that scene for about 30 minutes, and I was sort of desperate to do more because I could (laughs). I remembered all those moments and gave myself a pat on the back.”

When asked what she thought Jin-ah meant when she says, “My fight is not over yet,” Lim says she believes she was referring to her fight outside the ring. 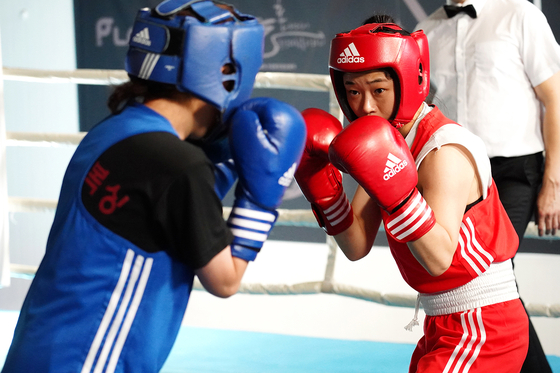 Jin-ah in the ring. She is fighting not just as a boxer but also many struggles in her personal life. [INDIESTORY]


“It’s about finding her independence in her new life,” the actor said. “I think there’s also something that she found within herself when she started boxing. I think her fight also means maintaining that status.

“As for me, I’m fighting my laziness,” the actor said with a laugh. “On a more serious note, I’m trying to find the balance between how I want to be recognized without comparing myself to others. I’m trying to find my core — I don’t want to spend [the rest of] my life wrestling with others — whether it’s physical or mental. I just want [my life] to flow naturally now, as if I’m floating down a river, how comfortable is that? I think I’m trying to find that zone, and stay in it.”

Lim was just 16 when she decided she wanted to become an actor and never veered from her decision. She graduated from Korea National University of Arts and spent 13 years in the business, before finally landing her first lead role in "Fighter," for which she tool home the Best Acting prize at last year’s Busan International Film Festival.

“I think it took me 13 years to meet this film,” Lim said. “When I told my professors that I’m going to [continue to] pursue acting on screen, they said, ‘you can’t become an actor just because you’re good at acting. If you truly want to become an actor, you need to learn the value of modesty. You need to find that yourself.’ At the time, [their advice] didn’t really touch me. But now, after 13 years and through this film, I’m realizing when I should be humble, and with what attitude I should face my career.”

How to tame judges